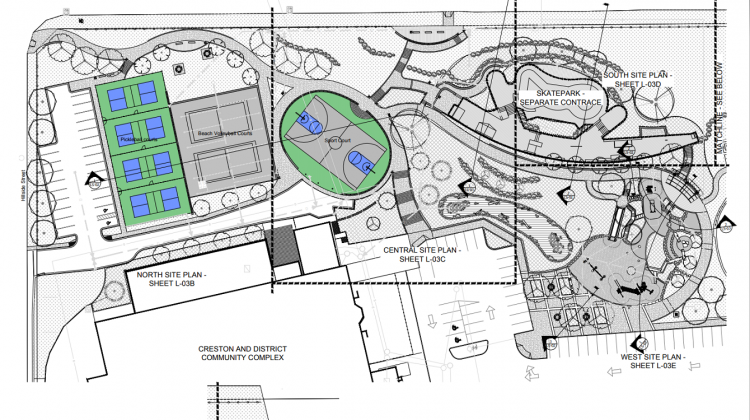 *This story originally ran with several errors and has been republished with corrections.

The bids for the new Creston Community Park came in over budget, but that doesn’t mean things aren’t moving forward. Earlier this month, tenders closed for the project which includes a plaza area, playground, beach volleyball, pickleball and basketball courts as part of a major upgrade the outdoor property at the Creston & District Community Complex. Although all six bids came in above budget, Senior Project Manager with the Regional District of Central Kootenay (RDCK) AJ Evenson, explains they haven’t been officially rejected yet.

“We need to review all the mandatory and optional items and basically review which ones we can cut or reduce scope, as well as evaluate product substitutions and alternate construction methodologies.”

The RDCK is working with the low compliant bidder right now to negotiate “some of these changes and the alternatives he’s proposed,” Evenson adds.

It should be roughly a few weeks time before the RDCK decides how to proceed. Evenson says if the $3.1-million budget is unattainable, then the RDCK may cancel the tender or issue a modified one. 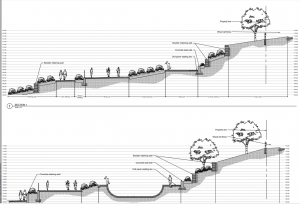 There may be a couple of reasons why the construction costs came in higher than expected. Evenson says construction costs in general have significantly increased over the past few years. Based on his experience, it may also depend on the type of project, the last time similar work was done in the community, and how familiar the contractor is with the work involved.

“We find that there’s definitely a premium for the contractors to have to get up to speed on that type of construction methodology.”

The overall project includes four phases. Skatepark Construction was Phase 3 and the contract for that work has already been awarded to New Line Skateparks Inc. Shovels are expected to go in the ground in March with the work completed in June. Phase 1 was Site Demolition and Watermain Relocation and Phase 2 was Site Excavation. Both were completed in the Fall of 2018.

If you’d like to learn more about the project and it’s history, you can visit the RDCK’s website.