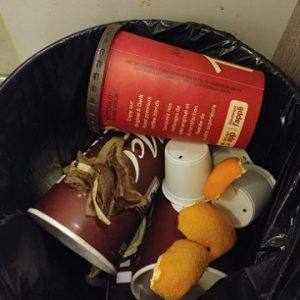 The RDCK has until May 22 to get a submission in for the Organics Infrastructure Program (Alex Skultety, MyNelsonNow.com)

The Regional District of Central Kootenay says its regional-scale composting program has taken a significant step closer to becoming a reality.

The municipalities of Creston, Nelson, Castlegar and Regional District of Kootenay Boundary have committed to partnering and a grant submission now has to be in by May 22.

The Organics Infrastructure Program is a partnership between federal, provincial and local governments and would fund up to two-thirds of the development of composting facilities on RDCK landfill sites.

Aimee Watson, Chair of the RDCK Board, says there is a lot of work ahead to make sure the program is fair, affordable and sustainable.

She adds it’s the kind of leadership and action that’s required to respond to climate change and other stresses.

Participating municipalities would collect food waste at the curb for composting at regional sites at the Creston Landfill and the closed Central Landfill site near Salmo.

According to the RDCK, the Province’s target is to have 75% of BC’s population covered by organic waste disposal bans by 2020 and to lower the per capita disposal rate to 350 kg annually. The RDCK average is currently 487 kg.