WestJet to offer more flights between Cranbrook and Vancouver 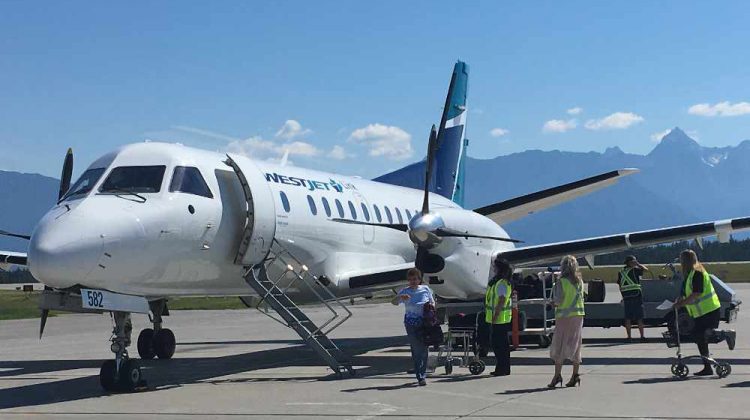 WestJet is expanding its air service to provide daily nonstop flights between Cranbrook and Vancouver as of October 27, 2019.

The expansion of the WestJet Link service now means that the airline is operating six routes including Calgary to Cranbrook, Lethbridge, Prince George, Lloydminster and Medicine Hat.

“This new route linking interior British Columbia with our Vancouver hub provides convenient travel options between the two areas and gives our guests in Cranbrook access to a second WestJet hub with connections across our entire network,” said Brian Znotins, WestJet Vice-President Network Planning and Alliances. “WestJet is now providing the City of Cranbrook with the most flights and options to travel easily across the country and beyond.”

WestJet Link operates through a capacity purchase agreement with Pacific Coastal Airlines that gives them access to their fleet of 34-seat Saab 340B aircraft and gives them the appropriately sized plane to fly routes between the various communities.

“This expansion is happening because after a long time working with WestJet to bring them to our region, it’s been a relatively short time, and they’re growing the services because people are using it and that’s what we want to see,” Tristen Chernove told MyEastKootenayNow.com, Manager of Canadian Rockies International Airport (YXC). “I see the potential of our air access being one of the great catalysts for our regional economy and the more people use it, the more it’s going to continue to expand.”

As of October 27, 2019, the daily WestJet flights will first see a departure from Vancouver at 11:45 am with a 12:25 pm arrival in Cranbrook, while the second flight will depart from Cranbrook at 1:35 pm and arrives in Vancouver at 4:05 pm.

“The timing all has to do with the optimal connecting times with the busiest connecting routes that our region both brings people in from and goes out through,” added Chernove. “The time of day is correspondent to the time of those connecting flights at YVR, now there’s no perfect time but WestJet is trying to their best to make those connection times optimal for the most frequent connecting destinations.”

Overall, Chernove told MyEastKootenayNow.com that they are thrilled to be able to have WestJet expand their service to Vancouver

“WestJet, like Air Canada, has a very robust global network, and to both be able to welcome international guests through those two key hubs of Vancouver and Calgary is really important for our long-term vision and growth,” said Chernove. “As outbound options go, it just opens that envelope of options that much broader for residents of the Kootenay.”

WestJet first began offering flights in and out of Cranbrook’s Canadian Rockies International Airport as March 7, 2018, which first began as flights between Cranbrook and Calgary but has since expanded to now include daily flights to Vancouver.