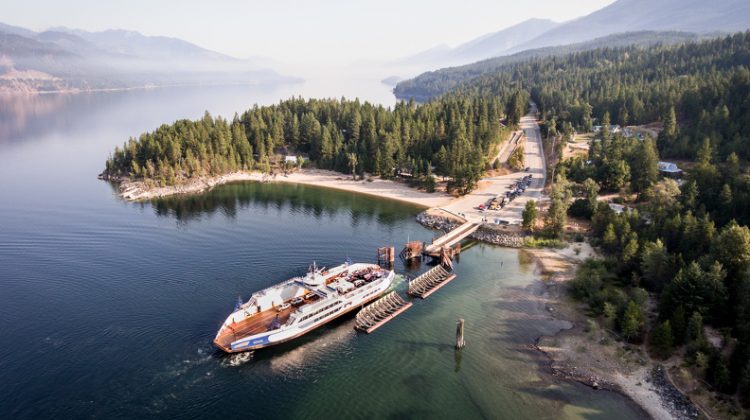 BCGEU union workers employed by the Western Pacific Marine Company are making their demands known and the consequences are real.

Should events lead to job action, the Kootenay Ferry will not run and the Glade and Harrop-Proctor ferries will run at a reduced schedule. BCGEU Treasurer Paul Finch says the ordeal can be avoided if their asks are met by Kootenay Lake Ferries, a part of the Western Pacific Marine company.

“These are the two asks. One, we want pressure on Western Pacific Marine at Kootenay Lake Ferry. But as well, if bargaining goes south we want pressure to make sure that the funds that they are already given for training and apprenticeship are honored. Also, we want some pressure by the provincial government to ante up the funding that is required to ensure these specialists, technical positions and positions at large achieve parity with BC Ferries.”

Finch says local ferry operators have fallen behind round after round of bargaining.

Mycrestonnow.com reached out to the Ministry of Transportation and they have issued the following response.

“We urge the employer and the union to continue to advance negotiations so local residents and travelers can continue to use the inland ferry services that they rely on to get to work, school and home.”

There are approximately 20 people that are employed at the Harrop-Proctor and Glade ferries. Those communities do not have road access, so curtailment depends on what is considered an essential service. The B.C. Labour Relations Board will hold a hearing on what defines “essential service” between Aug. 21st and the 23rd.

Services will be curtailed but not cut off for the communities, however the Kootenay Lake Ferry may be out until a new collective agreement is met.

“It’s an incredibly difficult situation and we hope to avoid that outcome.” Says Finch. “Our members are very close to these communities. They’ve spent sometimes decades servicing these communities. So obviously, the last thing we want is disruption here.”

MyCrestonNow.com reached out to Kootenay Lake Ferries as well, their response is still in the works.