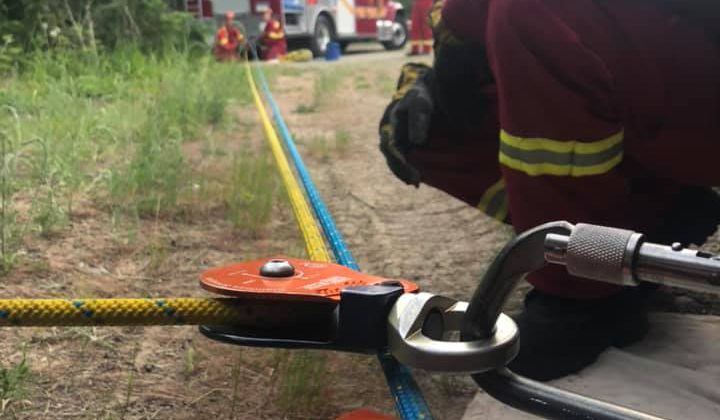 Pulley and rope systems like these were used. This image if from a previous training exercise with CFR (supplied by CFR, Facebook)

Two visitors to the Creston Valley are lucky to be alive after their vehicle fell off an embankment north of Wynndel.

“They went off the road in a fairly big ditch. They went down about 50 feet. No serious injuries but we had to set up some rope systems to be able to get them safely up the bank to the road where the paramedics could transport them in the ambulance.”

Riel says along with CRF, BC Ambulance Service, Creston RCMP and the Wyndell-Lakeview Fire Department attended the scene. The road was fully closed off to allow crews and equipment the space necessary to make the rescue.

Highway 3A was cleared by YRB and re-opened to the public at approximately 3:15 p.m the same day.