Kootenay “Great Trail” at risk of becoming a road 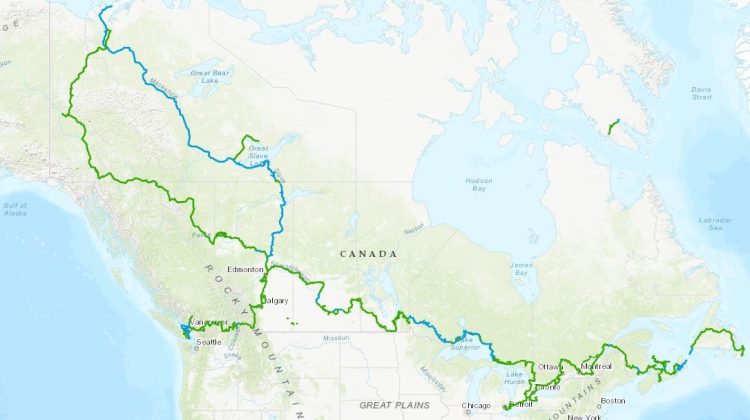 A 67 kilometer stretch of  Canada’s Great Trail may soon service vehicles rather than cyclists, hikers and tourists.

It’s a step backwards that may harm the ecotourism sector for the Kootenays according to Ciel Sander, Board President of Trails Society of B.C.

The trail in question hugs Arrow Lake near Castlegar and veers west toward Christina Lake.

“As far as I know there’s never been a public Consultation in Castlegar or Christina Lake. The problem for Trails Society of B.C. has it the it’s just gone onto de-facto mixed-use which means motorized traffic.” Explains Sander.

Formerly known as the Trans Canada Trail, the pathway connects over 24,00 kilometers of trail across 13 provinces.  Sander says says losing this section for the sake of a road would be a shame.

“So what’s happened is people that are bicycling or hiking, they don’t even come to these rail trails anymore because they know there’s motorized vehicles on them.”

Sander in concerned that because of this direction, local areas are missing out on attracting visitors who enjoy the great outdoors and a fully connected trail system to recreate on.

“This is a huge opportunity for the rural areas in south-central interior B.C to have an annual income each year.

Not only that, Sanders is also concerned about the grizzly bear population that calls the area home.  The species already has to cross Highway 3 and according to Sander, and installing another road puts wildlife at risk.

“This is a Crown owned trail. You would think that the public would have some say in what happens to it.”

Sander is looking to the community for input to protect the stretch of rail-trail which also has some historical significance. The Bulldog Tunnel which is roughly a kilometer in length is the site of an explosion that killed nine people, including Doukhobor leader Peter Verigin in 1924.

“You’ve seen what’s happening Cranbrook with the Chief Isadore Trail.” Sander says she wants the trail to follow in the footsteps of neighbouring tourist destination. “The single track that got built there is super popular. You’ve got the North Star Trails between Kimberley and Cranbrook. Here we have an opportunity to get people into the woods and off their screens.”