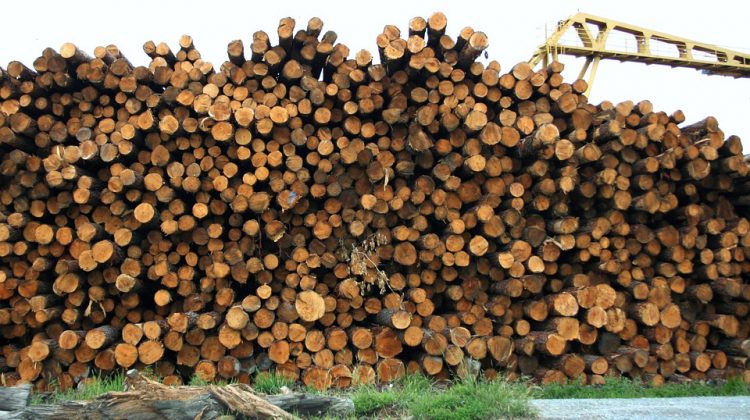 Those two factors have lead to thousands of British Columbians out of work. Mills with value-added products like WynnWood near Creston and Kalesnikoff Lumber north of Castlegar have stayed open. According Dwane Sorenson, General Manager of Fibre Supply at Kalesnikoff, value-added mills are less prevalent and usually owned by a single person or family.

“The bigger companies are all about the margin. If they aren’t making money then, ‘okay, we got to take curtailments’. We’re doing everything we can to try and keep our mill going as our people are our most important asset. We got to keep them working otherwise they’re not going to be there tomorrow when there’s other opportunities there.”

Sorenson says other factors play a role in the operating cost for mills, such as high fuel prices, road building and foreign exchange rates. However, those factors are not in the hands of the B.C. government. The Timber Pricing Branch is responsible for setting the stumpage rates on Crown Land, with rates depending on the region and what type of fibre it is (i.e: oak, cedar, pine).

“The stumpage rates from July of last year are probably up on average, $20 per cubic metre. That would be probably 50% higher. So if you think about a log that costs you $90, today the stumpage would be $50 of that and a year ago the stumpage was $30.”

“This current system is not reactive and we need something more reactive. So that when lumber prices drop as heard as they have, then the stumpage rates reflect that, which today they don’t.”

A convoy of more than 200 trucks rolled into Vancouver last week to demand reforms to B.C.’ s forestry sector.