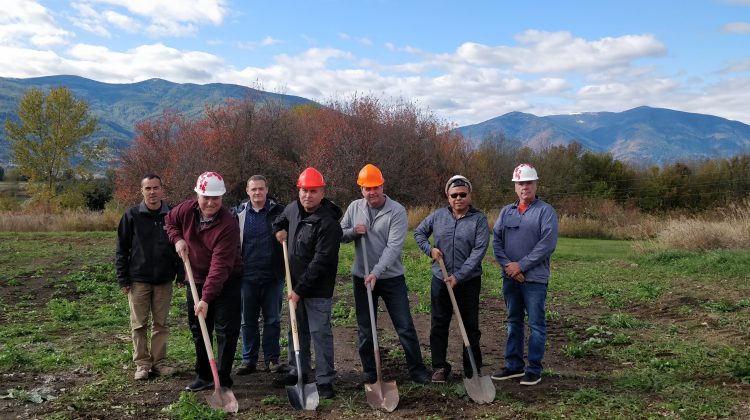 A breaking ground ceremony on October 9, 2019 heralded the start of a major construction project for the Lower Kootenay Band.

“I do want to acknowledge that this is the original village site of the Lower Kootenay Band,” said Chief Louie. “This is where all the community members lived at one time. It was also the site of the Saint Peters Church, which is no longer here. It was the vote of the community. Our democracy has spoke loud and clear to remove it.”

Chief Louie said the new building will revitalize the property and free up space in existing LKB homes.

“Houses which should be used for community members, we’ll be able to convert those back into homes,” Said Chief Louie. “[The new administration building] will be a state of the art building.”

The $5.1 million project is expected to be built by the end of August next year. It is fully funded through the First Nations Health Authority. 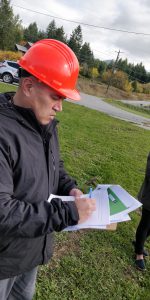 The contract is fully signed by Chief Jason Louie and the key partners for the project (Jensen Shields, Mycrestonnow.com staff)

T.A. Rendek and Associates Ltd was awarded the contract to build the structure. Dave Kitazaki of  dk Architecture will provide the designs. Kitazaki is an award winning architect who grew up in Kamloops, B.C. and is a member of the Xaxl’ip (Fountain) First Nation. Both Dave Kitazaki and Terry Rendek partook in ceremony.

The building will have an unobstructed view of the flatland leading to the Kootenay River and the Selkirk Mountains. Chief Louie smiled as he looked over the grounds with his shovel in hand and said, “My only asking is that my office will be facing west. It’s just a beautiful sight out here.”