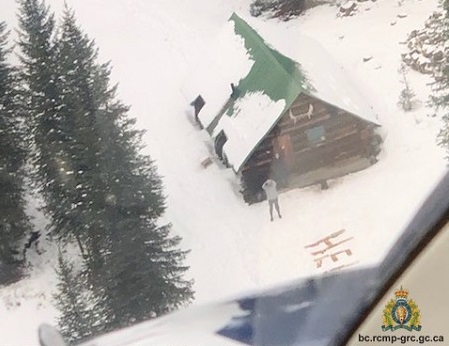 A man and woman in their early twenties were rescued by Columbia Valley RCMP.

Located on November 1 east of Wasa after being stranded for a week with their dog, the two were taken to hospital afterwards for a full medical assessment.

Crews found the young couple during an aerial search of a remote area along Quin Creek Forest Service Road. 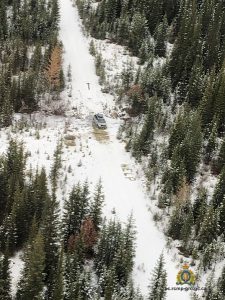 “An RCMP officer and a search and rescue volunteer, on board the aircraft spotted the couple’s SUV, notably stuck in a creek crossing filled with snow and ice”, states Cpl. Jesse O’Donaghey, spokesman for the BC RCMP.  “An outstretched orange tarp, a large arrow and the word ‘HELP’ each etched in the snow within close proximity to the abandoned vehicle, ultimately led to the discovery of the man and woman who had taken up shelter in a nearby cabin.”

It was a joint effort from Columbia Valley Search and Rescue, the Civilian Air Search & Rescue Association , the BC Conservation Officer’s Service and Cold Stream Helicopters.