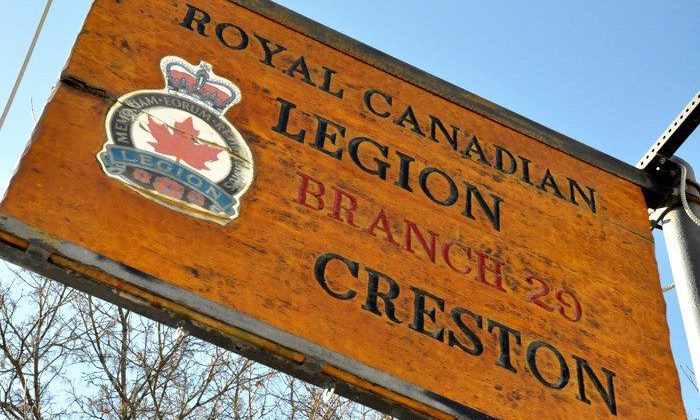 On November 11, Canada honours brave soldiers who have made the ultimate sacrifice.

Remembrance day is often observed in community Legion Halls much like Creston’s. It is a gathering place for old comrades and family that’s been forged.

Monday will see a 10:00 AM  indoor service at the Legion. At 11:00 AM the service will continue outside with bagpipes and a moment of silence. Don Leben, local coordinator for No Stone Left Alone will be emceeing the event.

Nora Bennett from the Legion says food will be in abundance.

“Noon stew lunch upstairs, old fashioned sing along in the canteen life music. Ham and turkey dinner by donation. We have a lot of volunteers cooking and bringing stuff.” 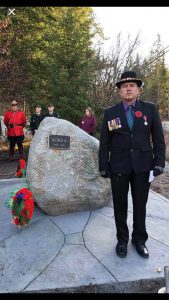 Veterans have gathered earlier this week at the Lower Kootenay Band cemetery, not only to honour the fallen but to celebrate the restoration of another cenotaph.

LKB Chief Jason Louie says the 15,000 lb boulder-and-plaque monument was built by Korean war veterans, of which few remain today. Louie says he remembers the day it was installed and that he had seen a crane for the first time at the reserve giving him a sense of awe.

Unfortunately it had fallen into disrepair and vandalized. But this year it stood ready for this years traditions of honouring Lower Kootenay Band Warriors who fell serving countries that did not consider them citizens at the time.

“Each year through the Yaqan Nukiy School during the school week we have a service. We have representatives from the local legion and the local cadets. Some members from the 44th Field Engineers Squadron from Trail come over. A group from the BFW in Bonners come up. It’s good that they come up because we have veterans that served in the United States forces despite living at Lower Kootenay. And it should be noted that during WW I and WW II and Korea, our members that served from lower Kootenay Band weren’t even considered citizens of Canada at the time. But they felt the need to serve.”

The monument now stands near the Lower Kootenay Band cemetery were 15 are buried.