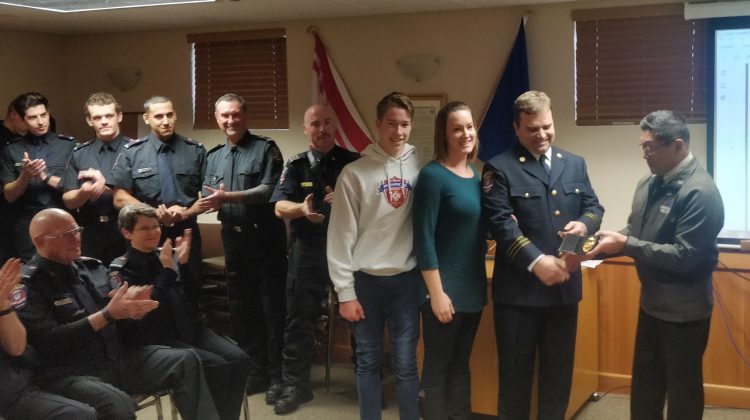 “Chief Riel has served as assistant fire chief for the Town of Creston since January 2013.” Said the Mayor. “Prior to that, six years of service to the Kimberly and Cranbrook Fire Departments. Chief Riel has worked diligently throughout his career to acquire the knowledge and skills to lead our fire department and be a leader within the fire service.”

Riel completed his certificate in Fire Service leadership at Dalhousie University, and is nearing the completion of his Bachelor of applied business in emergency services. 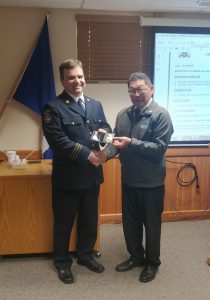 “I just want to say thank you very much to council and the management team. We have a great organization here, a great team of people involved. For giving me the opportunity to to this, this is really big for me. But our fire services is made up with the men and women you see here. They put the time and the effort in and the Fire Chief is nothing without the people that are involved.”

Riel took on the mantle of Acting Fire Chief after the previous Fire Chief, Mike Moore, stepped up take on the role of Acting Chief Administrative Officer in the summer of 2018. Moore now also serves without the “acting” moniker added to his title.