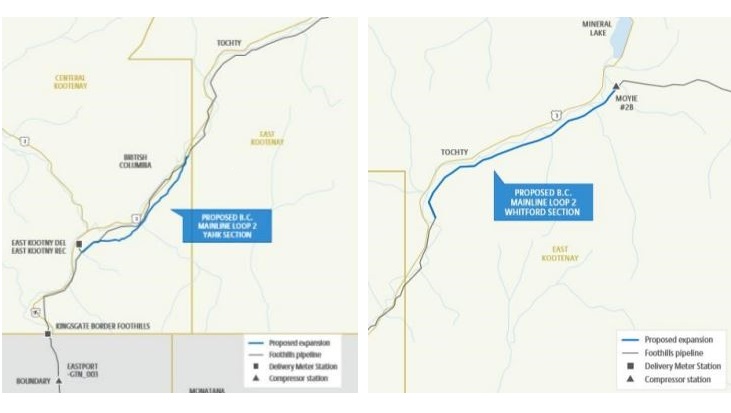 A delegation from TC Energy, formerly known as TransCanada Pipelines, spoke to the Town of Creston during the November 12, 2019 council meeting.

TC representative Josh Pentland said the project will require a workforce of up to 1000 at its peak. He informed Creston’s Mayor and Council of the early stages of the proposal.

“We’d like to have that conversation about us putting people in your area. Also, you guys supplying workforce for the area.” Explained Pentland. “A lot of where these sections are, especially Yahk, they’re not quite large enough to take anybody on. There’s no hotels and obviously the spin-off markets that we’ll have down there. For example catering, coverall cleaning, things like that. You guys are the major hub.”

The Foothills Zone 8 West Path projects that require services from Creston include:

Pentland said there is opportunity for locals to fill some of the labour gaps, but there will also be an influx of temporary workers should the project move forward.

“What that means is entry level labourers, highly skilled trades, local companies and workers, indigenous companies and workers in the area. We are potentially looking to do a job fair out here as well. Something that’s further down the road but this is a preliminary, very early on conversation.”

Vendors and suppliers must pre-qualify with TC Energy at tcenergy.com/operations/vendors in order to apply for projects including this one.