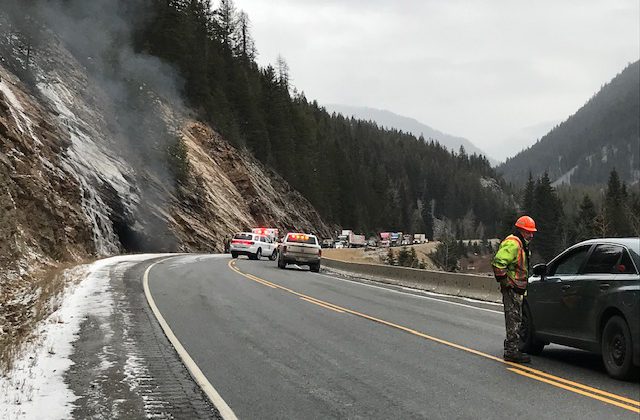 A Vehicle incident on the Crowsnest Highway resulted in an overturned car catching on fire.

At approximately 1:30 PM MST, traffic was stopped in both directions, giving crews space to assess the scene. An hour and a half later, vehicles were allowed to pass in single lane alternating traffic.

The incident happened roughly 13 kilometers east of Yahk near Moyie at the Irishman Creek Bridge. Creston RCMP and East Kootenay Traffic Services have not released any more details.

The story will be updated as more information becomes available.