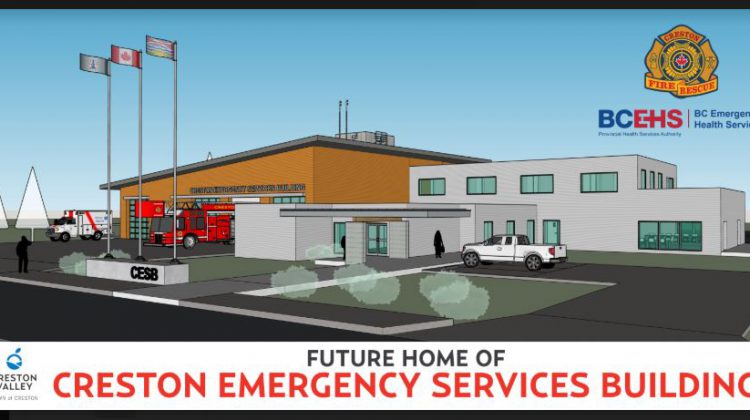 image Supplied by the TOC

The Town had originally allocated roughly $600,000 for the land purchase, but Toyota said they were able to get it at a reduced price.

“We have made the property purchase of the property between Pealow’s and Lordco [The Cook Street Location].” said Toyota. “The purchase price was $375,000.”

Toyota shared the details on how the deal got done. Both him and Creston’s Chief Administrative Officer Mike Moore traveled in person in December 2018 to meet with the people whom they were purchasing the land from.

“Mike Moore and I went to Toronto and we met with the Loblaws’ Vice Presidents and made an offer,” Toyota added. “They accepted it in Februrary [2019]. But it took this long for it to get finalized.”

The Town says they wont be putting up any signage at the location due to weather conditions. Brian Pealow, owner and operator of the Loblaws-affiliated Pealow’s, Your Independant Grocer, said he is happy to see the land developed.

Prior to the purchase, the Town of Creston started to feel the pressure from the Emergency Services Building’s Technical Building Advisory Committee. During the past couple meetings, members asked if the deal was done since architectural plans and commitments were based on the Cook Street location.

Moore said that the Town would be prepared to expropriate the land if the timeline forced them to do so. Fortunately for both parties, it never came down to that option.

The next Technical Building Advisory Committee will convene on January 16, 2020 in Council Chambers. The 4:00 pm meeting is open for the public.