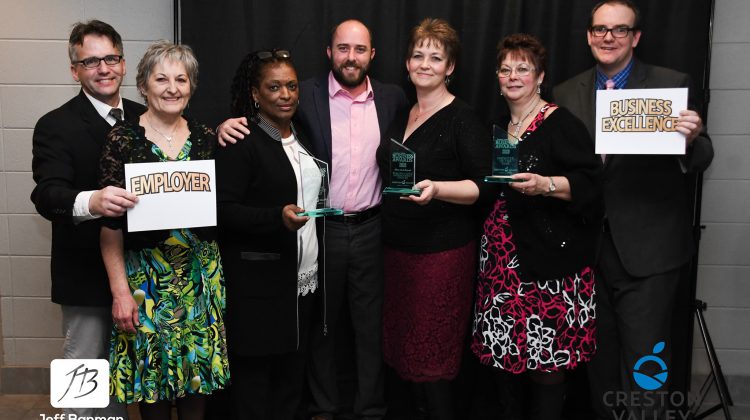 Pealow’s, Your Independent Grocer that walked away with awards for Best Employer, Business Excellence as voted by Chamber members only, and a new Above and Beyond award.

Above and beyond awards were a surprise addition this year for locals who’ve put in extra labour and effort in support of the Chamber. 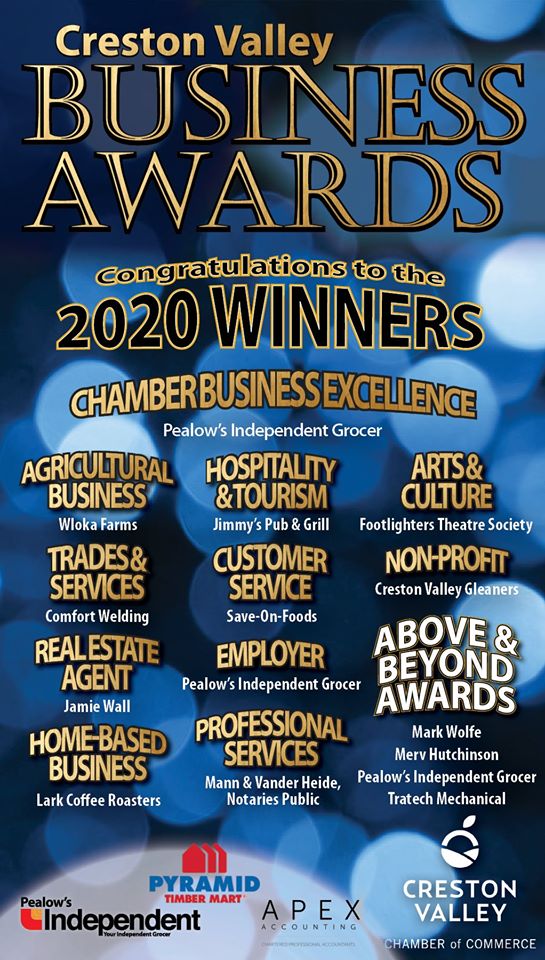 List of winners in each category. Guests of the gala gave their final vote prior to the awards being given. (supplied by Creston Valley Chamber of Commerce)

Gorham also awarded Tratech Mechanical for their help in installing a new HVAC and heat pump system in the Chamber building.

“The Chamber has undergone quite a number of changes over the last few years. We’ve received benefits from many companies and many people who supported us,” said Gorham after handing out the awards. “We really just wanted to have a way to reward those who have gone above and beyond, to go that extra mile to support the Chamber. Because the things they are supporting us for, are supporting the community.”

Electoral Area B Director Tanya Wall gave a speech prior to the awards ceremony, highlighting an extra $600,000 being funneled into the Creston Valley through the B.C Rural Dividend program.  Chamber Vice President Brian Lawrence emceed the entire event.

The atmosphere was both joyous and light as almost everyone at the gala had no need for introductions as the community had already made them, as one does in a small town.

Just before hopping on stage to deliver a DJ set to get the crowd dancing, Gorham expressed his own gratitude.

“It’s very rewarding. Because this is all about creston Business right? This is for members of the Chamber, non-members of the chamber, it’s non-partisan if you will,’ said Gorham. “We’re just delighted people are having a great time and enjoying and celebrating themselves.”

As for Brian Pealow, he said he will be back next year and for many more to come.

“Julie (wife) and I have lived all over Canada. From towns, cities, everything in between and when I say there’s no place like home, Creston is home for us. It is a 10/10 and an absolutely phenomenal place to be and live forever.”