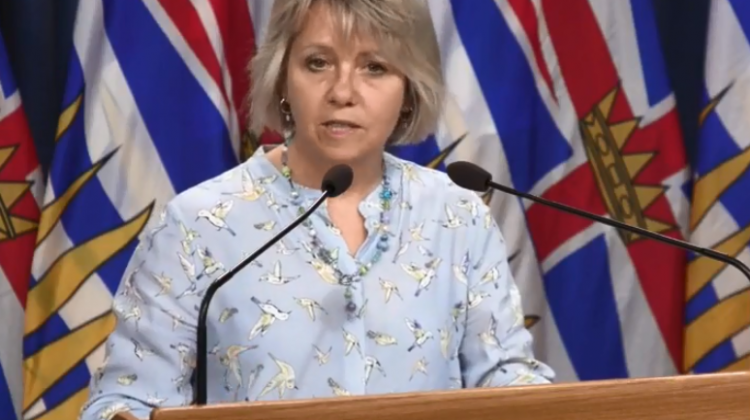 The number of confirmed COVID-19 cases in the Province has gone up to 659 as of Wednesday, March 25th, making for an increase of 42 positive tests in B.C. since Tuesday.

Positive cases in Interior Health continue to rise, as it sits at 46 confirmed cases in the entire region.

Henry said more will be done to ensure the safety of long-term care centres in the Province, ensuring that workers can work at only one facility.

“It does draw attention to the fragility of our long-term care facilities,” said Henry. “This is why we have put on some very strong measures, not only for the facilities where there have been outbreaks but doing everything we can to try and protect our elders and seniors.”

The number of COVID-19 patients that have recovered is also on the rise, according to Dr. Henry, as 183 people have been reported with no symptoms.

Henry emphasized the point of keeping group sizes limited as much as possible, following last week’s ban on groups larger than 50.

“Smaller is better, and in the coming weeks, to delay the onset of this virus, we need to continue to not meet in groups. Even groups of 10, even groups of 20, even two or three can sometimes be that transmission point,” explained Henry. “We’re not talking about workplaces and areas where people live where you can put in place measures to increase separation. We’re talking about gatherings, having people over to your home, gathering together in the park. These are things right now, that we can’t be doing.”

Henry added that personal protective equipment supplies in the health care sector must be managed more effectively as demand has increased significantly.

“We are putting in place measures now to be more efficient and effective with how we’re using PPE. We have new shipments on order, we’re looking at things like alternative supplies across the board, alternative ways of preserving PPE so it is available both now and in the future,” said Henry. “We’re at a bit of a critical phase with personal protective equipment, this happened quite quickly. We have had a number of supplies on order, some have arrived, thankfully. We are looking at how we can get as much as possible in the short term.”