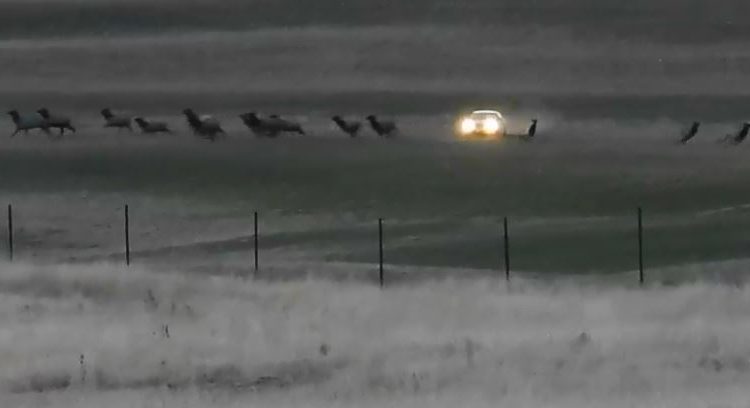 B.C.’s Conservation Officer Service is looking for public assistance in identifying the driver of a vehicle which was spotted chasing down Elk in near Creston in late March.

The incident was caught on camera by a local resident and shared on March 25, 2020 on social media, resulting in an ongoing investigation.

He added that not only is the act unlawful at any time of the year, springtime is a delicate season for Elk.

“A lot of these cows at this time of year are more susceptible, as in they might be pregnant with calves. So it’s just a very unfortunate thing that happened. A senseless act that could have been avoided.”

Haslehurst said he has possible leads to the perpetrator thanks to Creston Valley locals calling in. But the severity of the crime has yet to be determined and the investigation remains in its preliminary stage.

“The offence does have a specified penalty which is $345,” said Haslehurst. “We can write that just as a ticket, or we can basically write a [court] appearance notice and ask for a higher fine if we determine if it might be justified.”

Haslehurst encourages the public to call the RAPP line in confidence at 1-877-952-7277, if they have any additional information.

BC NDP swears in 57 members ahead of cabinet appointments