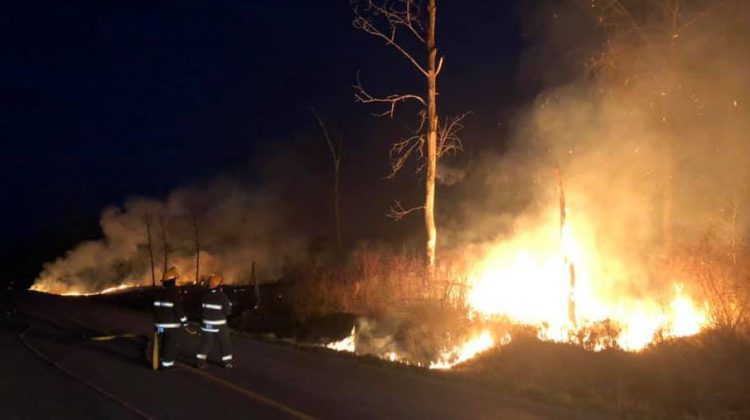 Both Creston Fire Rescue and the Canyon Lister Fire department are trying to unravel the mystery as to why Nick’s Island is such a hot spot.

Multiple incidents have lead to local fire departments asking for public assistance in halting the dangerous spread of wildfire.

This spring has already seen multiple fires on the north and south end of the island, which hugs the Creston valley Wildlife Management Area.

Creston fire Chief Jared Riel said Nick’s Island suffers at least one fire a year. However this year by spring, that number has already more than tripled.

He noted the dry fuel such as dry grass and deadfall,  but also the cold temperature, which makes the recent frequency of these fires suspicious.

“On that one Saturday night [April 11, 2020] it was 3 degrees when we were out there,” said Riel. “It would take a significant heat source to light it up in those kind of temperatures, no matter how dry it is.”

“Everybody’s got their conspiracies,” Riel added. “Mushroom pickers, fire bugs, arsonists and that kind of thing. But we’ve never been able to come up with any concrete evidence or anything to prove that somebody intentionally lit them.”

One of the fires came close igniting a wooden bridge over the weekend. The island itself lies in the Creston Valley flats which is almost entirely dry grassland in early spring. Nick’s Island is only separated by the man made dikes and rivers that sculpt the  bio-diverse landscape.

Highway 3 also runs through the island, so if it were closed off do to a wildfire, drivers would be forced to use the Kootenay Lake Ferry.