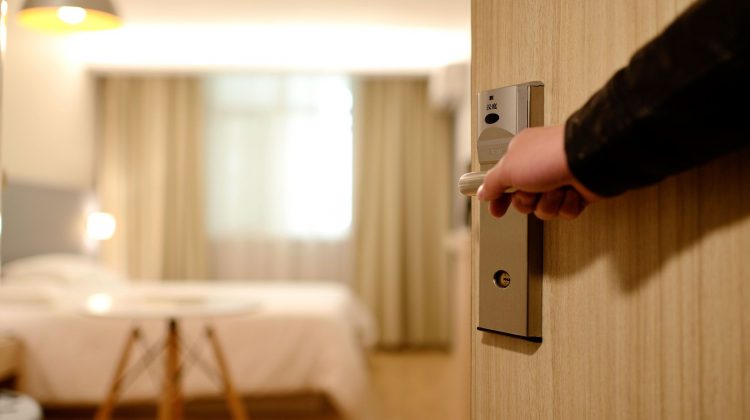 On June 1, 2020  the Municipal and Regional District Tax (MRDT) will be implemented in Creston and its surrounding areas.

The 2% tax will be added to short term accommodation bills, meaning it will be the guests and tourists who will be paying the extra fee.

Save Trail and Sparwood, The Creston Valley is currently the only region from Grand Forks to Cranbrook without a tax dedicated towards bolstering tourism and marketing campaigns.

Co-owner of the Creston Hotel and board member of the newly formed Creston Tourism Society, Mimika Coleman said it was the accommodators who passed the MRDT.

“The survey that went out was requiring that we had 51% in favour of the tax,” said Coleman. “That includes Bed & Breakfasts and motels and is based on room occupancy. So people with high accommodation had a higher power of vote.”

Coleman said all but one hotel in the Creston Valley was in favour of the MRDT, while another obtained from voting.

Jesse Willicome,  an independent consultant and Creston local, was hired for the campaign Coleman said was spearheaded by Kootenay Rockies Tourism and Destination B.C.  Willicome then approached eligible accommodators, providing details on  the MRDT.

“Back in 2016 he first emailed me asking me questions about average occupancies and does this seem like a good thing for Creston,” Coleman added. “I’ve always thought that it did. I worked at the Chamber of Commerce in the Visitors Centre in the past and I saw all these other municipalities with really fancy advertising, nice online profiles and social media and awesome marketing… you know, when we don’t have the budget for those kinds of things, we can’t necessarily keep up.”

The MRDT is collected by the B.C. Government. Tax dollars are then handed back to a local board, in this case the Creston Tourism Society, which facilitates the dispersal of funds and hiring of contractors.

Coleman estimates the new system will bring in $80,000 annually.  The old system however, brought in roughly half the amount.

“We had this tourism advisory committee that was for the Creston valley Kootenay Lake. Our local government, the municipality and regional district put in $20,000 and then Destination B.C. matched it. Which is great but that’s all you get, and comes from our own [local tax dollars],” said Coleman.

The MRDT is not dissimilar to the previous tax  that was included in hotel bills roughly 10 years ago according to Coleman.

“Previously accommodators used to charge an additional 2% within the PST and that 2% got submitted to the provincial governing body,” Coleman added. “So we were taking 2% already, but it was going to the province and not a local committee that got to decide where those funds went.”

As for the timing of a new tax, the June 1 date lands right in the middle of a stunted tourism season due to the impacts of COVID-19.

“It was a three year process that just got passed in the provincial government a few months ago, before we even heard of the Coronavirus,” said Coleman. “People get worried at a time like this, ‘it’s the last thing we need, more taxes’. But I don’t believe it would be beneficial to lobby to postpone it.”

Balancing the long term impacts of the 2% MRDT, Coleman said guests who return annually for events might notice the new fee, but it is not likely any visitor would avoid Creston because of it.

With that, she said the above risk is mitigated by the potential of bringing in more tourists to the Creston Valley due to the bolstered tourism budget.

“When people stay in Creston they shop in Creston, they go to restaurants, they go to retails stores. They stimulate every part of the economy when they stay here and that’s the goal of [Creston Tourism Society]… Heads in beds.”

Coleman also extended an invitation to locals to discuss the  MRDT by contacting her via the Creston Hotel.

To learn more about the B.C government’s current application of the PST and MRDT for accommodators, click on this link.