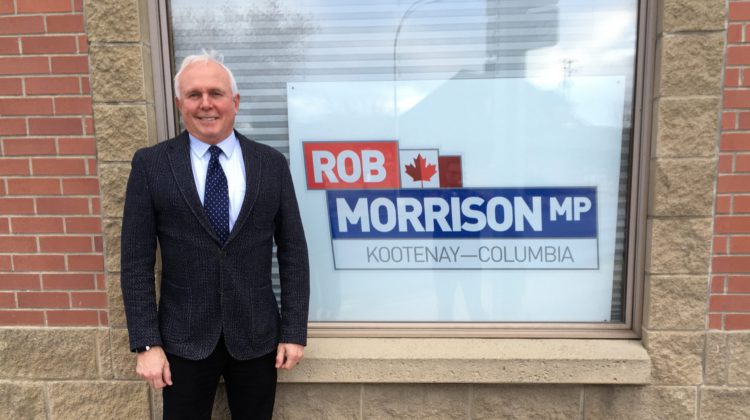 Morrison, as the former chair of the cultural diversity advisory committee, said he questioned why the committee had been dissolved or absorbed into another entity. Commissioner Lucki did not have an answer at the time, but Morrison said she will be looking into it.

“The reason why I was concerned with that is that the purpose of that committee was to meet with our diverse communities and go over issues and concerts to build trust between police and law enforcement and the community because a lot of the communities over time or coming from a different country, the trust in police just wasn’t what it is in Canada,” said Morrison. “I think it’s vital to, moving forward, that the RCMP work with our communities and find out exactly what kind of concerns and issues are there and bring solutions forward to move the RCMP into a better place.”

According to Morrison, mandate letters to Blair and Lucki did not include diversity or racism as a priority, and he sees that as something that must be amended.

“I think that when I was talking to them, you will see their mandate letters will change, and they will specifically identify racism. What that does is that it brings accountability forward, I’ve always said that was probably one of the biggest problems in the federal government, is people being accountable. I think, from what I heard from the meeting is that both the public safety minister and the commissioner were look in favour of getting that into their mandate letter, which has transpired onto the commanding officers, which is the next level down. So if racism is in their mandate (letter), then they would have to be accountable as to what did they do,” said Morrison.

As a former RCMP officer himself, Morrison said he generally sees the RCMP as a positive organization, that could benefit from reform, especially around issues such as mental health and racism.

“I think, like any organization, there are some people who get into other groups and organizations that they shouldn’t be, and that gets into hiring. Every organization has its bad apples, you might say,” explained Morrison. “The provinces should be able to hire RCMP members or employees that want to work in our smaller communities so it should be focused more on provincial priorities, not so much national. I think we will actually see people that want to come to Cranbrook or our smaller communities like Creston or Salmo, then I think we’ll get the right people for the right job.”

Morrison went on to explain that in some smaller communities, the RCMP becomes the default federal agency that residents interact with, no matter the situation.

“In a lot of our small communities, every government agency, both federal and provincial, has left and the only federal agency left in town is the RCMP. They end up, by default, becoming everything, probation officer, court liaison, mental health responder, so the first response is the RCMP and it is ours to get a mental health specialist there.”

Calls to reform, or in some cases, defund the RCMP have been more frequent, due to ongoing protests regarding racial inequality and police brutality in the United States and around the world, including Canada. While Morrison did not outright agree with calls for defunding, he feels reallocation of resources may be beneficial.

“When people talk defunding, I do believe they are asking if the resources are in the right places. Some people might reflect that on mental health, where our police officers are involved in mental health issues,” said Morrison. “It’s a good point, I think. Are they funded appropriately, to start with, and should some of the funding be used for other priorities that we are working on? Maybe the RCMP or municipal police forces are responding to different issues that maybe they shouldn’t be, and maybe that’s something we should look at.”

An issue that Morrison feels should be addressed is how police deal with mental health related calls. He said the RCMP looking into replicating techniques used by municipal police forces may be a possible solution.

“I think that, if anything, we would be looking at funding some of these smaller communities to have resources to be able to help law enforcement when it comes to dealing with mental health issues. In the cities, they have the opportunity to work in the force, and maybe that’s another thing we need to work on, is making sure mental health experts are embedded in our law enforcement so that when there is a call, they can help out and help defuse the issue.”

Morrison added that there will be another meeting to discuss the issue in mid-July, which will bring witnesses in to discuss concerns and how they can be addressed.

“If we’re moving forward, and we’re going to set up with some witnesses, and we’re looking at racism throughout policing, which is what it is, it’s not just RCMP, it’s policing, then let’s build a program that we can measure and make sure that we’re actually taking some corrective action moving forward,” concluded Morrison.