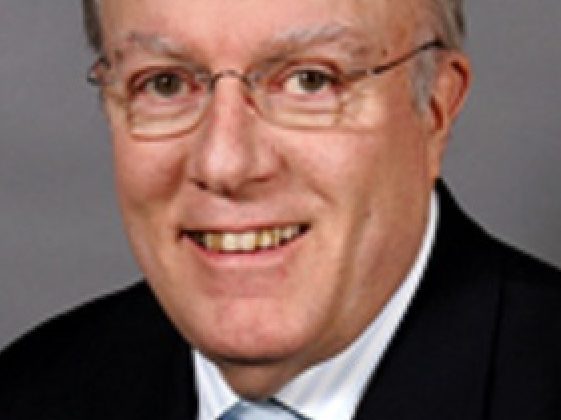 Jim Abbott, former Conservative, Alliance, and Reform MP from 1997 to 2011 for the Kootenay East and newly aligned Kootenay-Columbia ridings. (Supplied by House of Commons)

Many Canadian politicians are paying homage to Jim Abbott following his passing this week, including former Prime Minister Stephen Harper.

Numerous Conservative politicians took to Twitter to offer condolences and remember the former Kootenay-Columbia MP that served the riding for 17 years with the Reform, Alliance, and Conservative Party.

Speaking to MyEastKootenayNow.com on Monday, David Wilks, the former Kootenay-Columbia MP that succeeded Abbott and is now the Mayor of Sparwood, said Abbott was close friends with Stephen Harper.

Stephen Harper took to Twitter to offer his condolences.

Laureen and I are deeply saddened to learn of Jim Abbott’s passing. Jim was a close colleague, a friend of 30 yrs, and a great Canadian. Elected an impressive 6 times, Jim was a truly dedicated and committed MP. Our thoughts and prayers are with Jeannette and all of Jim’s family.

“We lost a giant today. It is with a heavy heart that I received the news of the passing of The Honourable James Abbott. Jim represented this area with a distinguished level of service and was respected at the highest levels of Government. On October 15th, 2007 he was sworn in as a member of the Queen’s Privy Council for Canada, and with it received the title of “Honourable”. A fitting title for a leader who embodied the very definition of the word. He represented our area with a gentle spirit and was guided by an unwavering commitment to his Constituents. My thoughts and prayers are with his family.”

On behalf of our whole Conservative family, I was saddened to hear of the passing of former MP Jim Abbott. He represented Kootenay—Columbia with pride for 17 years. My thoughts are with his wife Jeannette, children, grandchildren, family, and community. https://t.co/CLXYaZcjQ3

Other prominent members of the Conservative Party recognized Abbott’s service as an MP and his dedication to the riding.

My condolences to the friends and family of former colleague BC MP Jim Abbott. He served his constituents well for 17 years and was a fine Parliamentarian, with strong ethics and intelligence. pic.twitter.com/VaCH8gfGYS

Sorry to learn of the passing of former MP Jim Abbott. He was a good friend & passionate Canadian. Sincere condolences to his family.

Very sorry to hear of the passing of Jim Abbott, MP for Kootenay-Columbia (1993-2011). He always met you with a big full smile, a warm handshake, and quickly pivoted to the need to take action on a matter of concern for his constituents or values. A lovely man. He will be missed. pic.twitter.com/xohzHqplUa

Bill Bennett, the long-time Kootenay East MLA took to Facebook on Monday to remember Abbott, who was a dear friend even if they worked at different government levels during their careers.