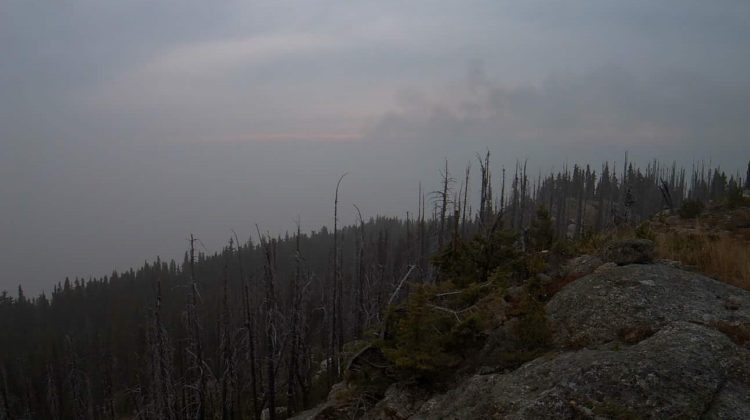 (supplied by BC Wildfire Service)

While smoke pools into B.C from the United States, the Talbott Creek Wildfire roughly 30 km north of Castlegar has grown to an estimated 1,000 hectares.

As of September 14, 2020 the B.C Wildfire Service said the smoke is expected to remain in the area for several days and could continue to limit suppression options.

“Ground crews might not be able to access certain parts of the fire without a helicopter taking them in,and then it does limit our ability in some ways because we rely on helicopters for medical evacuations if it’s needed.” said Talbott Creek Wildfire Information Officer Jody Lucius.

The regional District of Central Kootenay’s Evacuation Alert remains in place for the communities of Lebahdo, Little Slocan, Passmore and Vallican. Lucius said there is a large concentration of crews installing resources for structure protection. 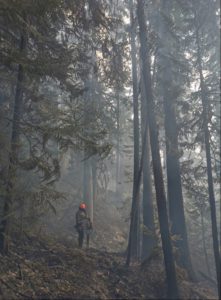 Ground crews are not only impacted by decreased visibility from the smoke, Lucius said the air quality also exasperates the demanding physical labour crews endure. (supplied by the BC Wildfire Service)

“We are limited where we can access the fire by ground, it’s an extremely steep and rugged terrain,”added Lucius. “So we do have a bit of access on the east side so we are working there, and we have crews who are continuing to work on the west and southwest sides of the fires as well.”

According to the B.C Wildfire Service the majority of the fire continues to spread northward down-slope towards the south end of Lower Little Slocan Lake. The ridge on the eastern edge of the fire has seen growth too, while fire spots have also been observed at high elevations to the west of Draw Creek.

Ironically, the heavy smoke has also brought some benefits to reducing the spread of the Talbott Creek blaze, including reduced temperatures and increased humidity.

“We’re always happy when we see some decrease in temperatures, especially because we’ve had some unseasonably warm temperatures over the last few days,” said Lucius. “But at the same time, the good comes with some challenges as well right now.”

Lucius reminded travelers to avoid the fire area and to be mindful of crews who are working nearby.

“If they are travelling on roads where they are seeing crews or any of our hoses on the ground or that type of thing, that they’re slowing down and taking caution and following any road restrictions or closures.” said Lucius.

The B.C Wildfire Service added, “In the interest of safety, the public is being asked not to stop or slow on highway 6 or the Slocan river road to take photos of the fire. As both roads are narrow, slowing and stopping traffic can create significant safety hazards.” 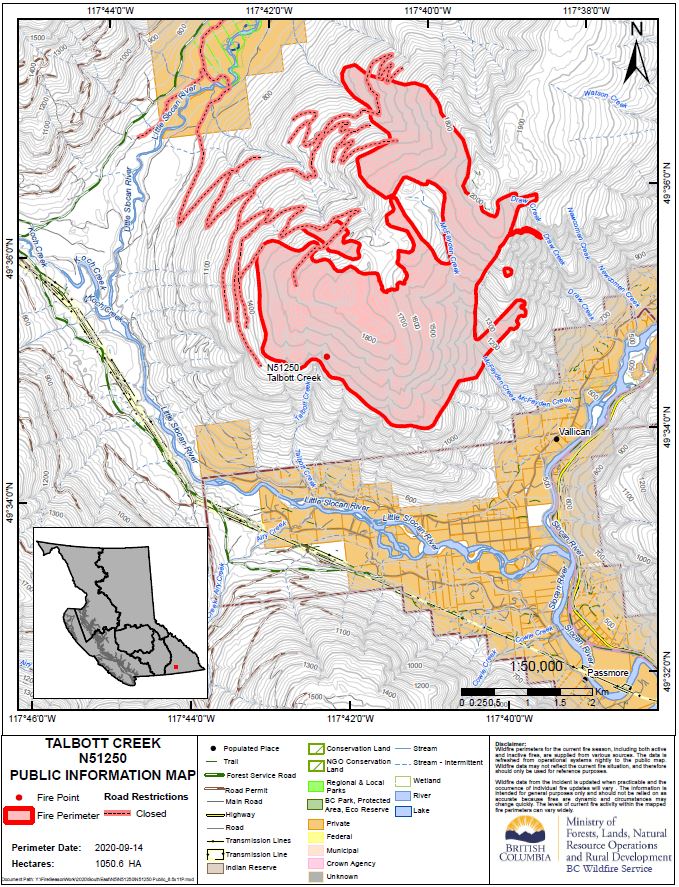 Though the Little Slocan Main Forest Service Road (FSR) is open, the Tedesco FSR remains closed to both industrial and non-industrial traffic. (supplied by the BC Wildfire Service)