School District No. 8 to decide between Town of Creston or Lower Kootenay Band in contentious land sale 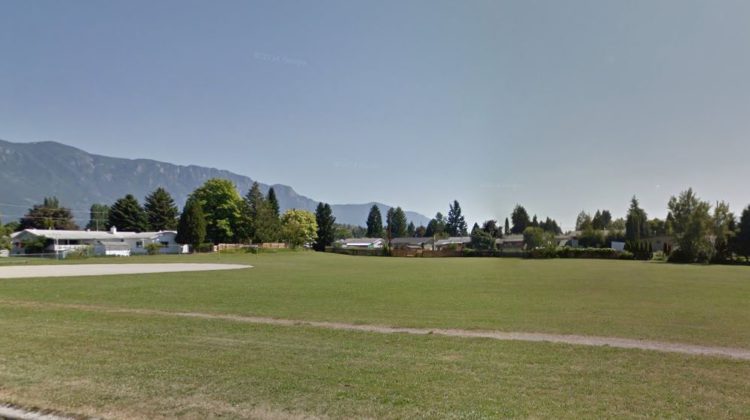 The Lower Kootenay Band (LKB) and the Town of Creston have put in their bids to acquire Kinsmen Park, a property owned by School District #8 (SD8) Kootenay Lake.

On September 22, 2020 the purchase proposal will be discussed during the SD8 Board Meeting.

The decision will have a large impact on the relationship between all three entities.

“We can’t help but feel like it’s a land grab for them,” said Louie. “We made a tobacco offering to the School District in the spirit of truth and reconciliation and that means something to us.”

On November 6, 2019, Louie attended the SD8 Facilities Planning Meeting at Prince Charles Secondary School in Creston. There he presented Superintendent Christine Perkins with an offering of tobacco, which she, according to LKB’s September 16 press release, “accepted upon the understanding that, in the spirit of truth and reconciliation, the School District  would negotiate in good faith, the sale of the Kinsmen Park property in Creston, BC to Lower  Kootenay Band.”

On September 2, 2020 LKB formally made an offer to purchase the land.

In response to Louie’s disappointment with the Town’s decision to bid on the property, Creston Mayor Ron Toyota also spoke with MyCrestonNow.

He said he had not discussed the proposal with LKB nor had he spoken to Louie since July 3, 2020 when he was formally thanked by Louie for the Town’s support of the COVID-19 friendly pow pow motorcade months ago.

“That get together was the only time I have seen [Louie] or had a conversation with him. That was very amicable. It was an honor for me, it was genuine.  I have had no meetings, no discussion with him on any other business since covid.”

Toyota said the Town had expressed an interest in purchasing Kinsmen Park as far back as 2017, since SD8 first announced that the property was under consideration to be sold.

“We have had many discussions with the School District Board and staff  and we have put an interest offer in  prior to any of this. We had put in a ‘in-in camera’ offer. But we felt we had to do a public offer because Lower Kootenay Band did.  There are no discussions between the Lower Kootenay Band and the Town of Creston. If the school district did make an offer, I don’t know. It’s all foreign to me.

Both parties said some of the land will be earmarked for housing while the rest may be open for public use and development.

However, Louie said the historical significance of the site, traditionally named Akiktunam, cannot be overstated.

“When Lower Kootenay Band Reserve was established, it was knowingly placed on land that was not usable. The Majority of our reserve was marshland. So they knew that we couldn’t use it. However, in the 1960’s we out-monstered the monster and irrigated and diked the land. Now we have some of the best farmland, but we can’t build houses on it. We’re running out of space for our housing for our future. Everything I’ve been doing, we’ve been doing as a leadership is planning for the future. That’s what this acquisition is all about.” said Louie.

“The blood of our ancestors is in that soil. That’s how deeply we are connected to this land. For the Town, it’s just a real estate opportunity,” Louie added. “We’re also looking in this initiative to be good neighbours. We’re looking to dream big here.”

The Town expressed their goals with the property as well.

“Kinsmen Park provides opportunities to develop this land for community use”, said the Town’s Chief Administrative Officer Michael Moore. “The Town of Creston’s Official Community Plan identifies our vision for improving and  increasing opportunities for access to affordable housing and recreation. Further, it contains several policies  that support the development of recreational trails, parks and amenities in partnership with community groups,  the Regional District of Central Kootenay and School District No. 8 for recreational use by the entire  community.”

Ultimately it is up to the School District who gets the land.

Nasookin Jason Louie said on the matter, “We’re in this for the long haul. I just hope that the school board will honor that tobacco offering. In our culture, that’s law. We were supposed to enter some meaningful discussions about this piece of property.”

MyCrestonNow asked Mayor Ron Toyota if the Town, should the SD8 Board accept their bid, be open to working directly with LKB.

“We have indicated to the school district that if it was our property, we would have no problem working with other organizations,” Said Toyota. “Whether it’s the Regional District of Central Kootenay, whether it’s the Lower Kootenay Band, the Tennis Club Association, the Soccer Club Association or the Housing Society, we would have no problem working with any of them for a portion of the property.”