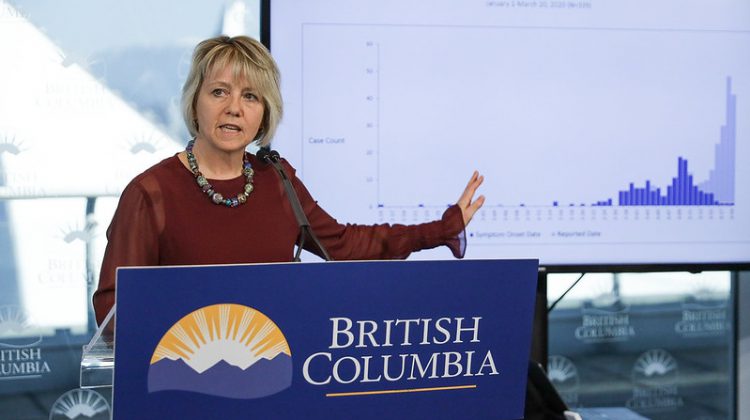 The East Kootenay has reported a total of 36 COVID-19 infections since the virus first arrived in B.C., with eight new cases confirmed between September 18th and October 1st.

Over the weekend, health authorities across the province have reported 358 new infections, adding to a total of 9,739 cases province-wide. So far, 8,115 people have fully recovered, representing 83.3% of B.C’s total cases.

Meanwhile, the interior health region has a total of 548 cases, most of which are in the Okanagan area. Two people are currently hospitalized by the virus in the region, with none in the ICU.

Dr. Bonnie Henry, Provincial health Officer said four more people died from COVID-19 over the weekend, with a total of 242 deaths attributed to the virus in B.C.

Alongside updated numbers, Dr. Henry also presented updated modelling data, showing how the pandemic has progressed in the province.

Recent projection data from the BCCDC suggests that B.C. is once again on the trajectory to flatten its curve after a spike in case numbers was seen over the summer and into September.

“Our growth rate is decreasing, which means we are having safe connections in our communities,” explained Henry. “This is incredibly important, and it is a testament to the work that everybody has been doing.”

The flattening of the curve is being helped along by the rate of infection, or RT rate also decreasing.

“We have slightly come down in the number of infectious contacts that each case generates. We’ve come down slightly below one, and we’re hovering just under one, which is where we want to be,” said Henry.

Young people aged 20 to 39 continue to represent the majority of new cases, with a median age of 36.

However, deaths continue to remain concentrated among the elderly, as Henry said the median age of COVID-19 related death is 85.

According to Henry, school-aged children, however, represent less than 10% of new cases, despite in-class education back up and running.

“Our rates remain low in this group, with only seven in 1,000 being positive for COVID. We have many children who are requiring a test because they have symptoms, and this tells us that there are other things causing those symptoms,” said Henry.

Henry added that it is likely due to cold and flu season being upon us for the increase in symptoms.

With the upcoming Thanksgiving weekend, Dr. Henry urged caution for people spending time with friends and family and offered a number of methods to enjoy the holiday safely.

“This year, I encourage everybody to make our celebration large in thanks, large in gratitude but small in size. As we saw this summer, travelling to other communities can mean we take this virus with us,” said Henry. “This weekend, stay close to home, have a small gathering instead. Reach out and include other friends and family in a way that is safe, that means virtually for many people.”

More tips on how to celebrate holidays safely can be found here.