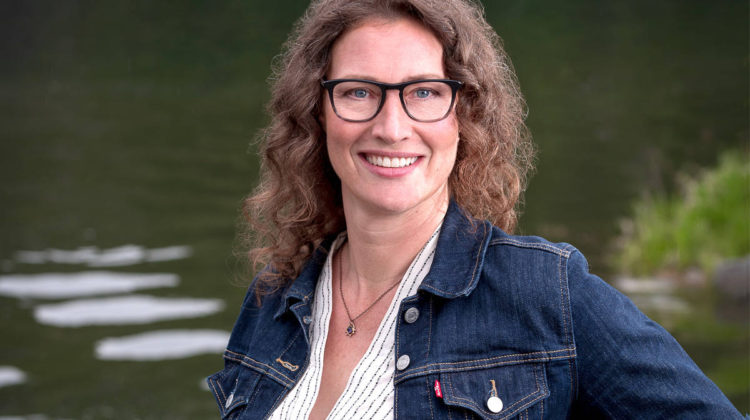 After having served the BC Green Party in the Nelson-Creston riding as the campaign manager for a decade, Nicole Charlwood is now at the helm.

“I definitely pitched that reason to pretty heavily when I was running for the role,” Charlwood told MyCrestonNow.com regarding her acclimation. “I would say it makes me able to jump right into a snap election situation without being too overwhelmed, but I also had a long resume of experience that appealed to the BC Green Party folk.”

Charlwood is currently the treasurer for the Nelson Waldorf Community School Association, serves on the RDCK watershed advisory committee and used to be the acting executive director for the West Kootenay EcoSociety.

Though B.C. is facing a global pandemic, Charlwood said it is important to not lose sight of the future.

“When we are in crisis, we don’t have sort of our long-term thinking and planning activated,” said Charlwood. “ I do see that as a role of government, to keep in mind all the other issues we have going on.”

As for the BC NDP and BC Green Party coalition’s guidance through COVID-19 so far, Charwood said the full lockdown was “a bit intense” but ultimately handled well.

“I think it was smart and a good choice on part of the Premier to give space to Dr. Bonnie Henry and all of the Ministry staff to make the recommendation and to be given the authority to act,” said Charlwood.

“We had a really good outcome in B.C,” Charlwood added. “We have a research chair in Kaslo and he said we have the lowest death rate in the world.”

With that, Charlwood said John Horgan’s move to call the snap election hurt British Columbians who are most at risk.

“We were moving on a lot of files. Now things like seniors housing, healthcare moves, schooling moves we were working on now have to wait,” said Charlwood.

She also noted that benefits for small business owners and pensioners have were put on hiatus due to the election.

“We agreed to support and keep a stable government together, and that there would be no surprises,” said Charlwood. “Well, this election is the biggest kind of surprise he could land on us as a party. It erodes trust when we’ve been trying to build relationships across the legislature floor.”

Being a green candidate, it comes as no surprise that one of Charlwood’s goals is to ween the province away from its apparent reliance on unsustainable resource extraction.

“If they’re such great industries to have in our province, why do we have to spend billions of [provincial] taxpayers’ dollars on them? Especially when most of it is foreign-owned organizations,” Charlwood continued. “Why are we not investing in localizing jobs? Localizing our power of decisionmaking in school districts. Giving more money to municipalities who have 80% of the responsibilities of the services we receive, but they receive only 10% of funding.”

Citing a study by SmallBusiness.ca which illustrated that 98% of businesses in B.C. are under 50 employees, Charlwood said her focus would be on small businesses of which there are 16,000 in the Kootenays excluding not-for-profits.

“Given the pandemic, our unemployment rate is 11.3% which is really high,” said Charlwood. “We could be putting people to work cleaning our forests, we’ve got a lot of dead wood and highly ignitable debris which is a wildfire risk. This also protects our watersheds.”

As for more permanent jobs, Charlwood said people working in the energy sector or resource extraction industry have the same set of skills that could be put forward towards reclamation projects and building greener infrastructure. She said the most important step is to create a fair transition that supports workers.

“We would use nature-based planning,” Charlwood added. “Everything was clearcut 100 years ago here, and the grow-back isn’t necessarily the healthiest it could be either. A lot of its monoculture, so they’re more susceptible to disease and fire. So there’s a lot of education, we have so many experts that could support that locally who can support that. We’re ready to go here.”