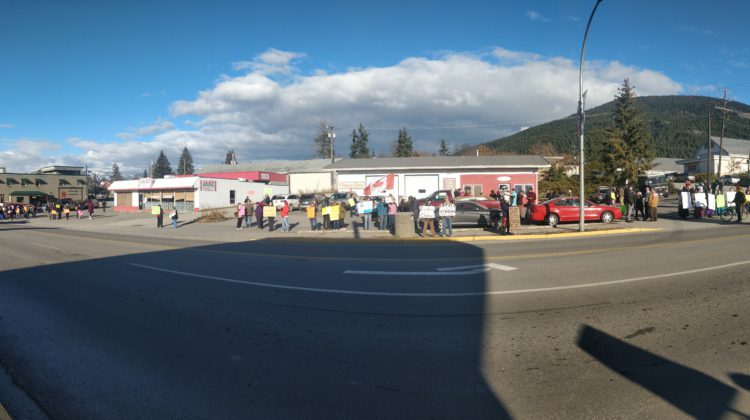 Roughly 125 locals were in attendance (Supplied by Jensen Shields)

Locals from the Creston Valley convened on Saturday, November 28th to protest the latest provincial health mandates, masks chief among them.

Bill Dyck, a speaker who roused the crowd, said a mask is a form of censorship.

“This is the time to speak out. Everybody here knows, most people, that the mask is to shut us up.” Dyck said to the crowd’s applause. In addressing the business community he added, “When they shut you down because you’re not social distancing, keep your doors open. When you’re not wearing a mask in that store because they’re on our same page, and people are coming against you, keep your doors open.” 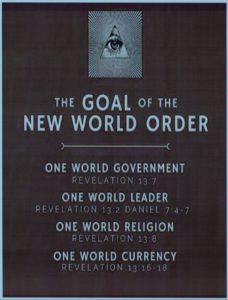 There were multiple theories ranging from globalist agendas to a Luciferian conspiracy. The sentiment that rang true for all of the protesters was their complete mistrust in all levels of government and that their individual rights are being infringed upon. (leaflet supplied by event organizers)

The Canadian Charter of Rights and Freedoms was sourced during the rally, with mandatory face masks violating:

freedom of conscience and religion; freedom of thought, belief, opinion and expression, including freedom of the press and other media of communication; everyone has the right to life, liberty and security of the person and the right not to be deprived thereof except in accordance with the principles of fundamental justice

“To be clear, there is no violation of the Canadian Charter of Rights and Freedoms or the BC Human Rights Code when a store owner bars entry to someone who won’t wear a mask. Stores cannot bar customers for human rights-related reasons such as race, colour, religion, ethnicity, marital status, national origin, age, sex, sexual orientation, gender identity or expression. However, it is not a violation of anyone’s human rights for a store to refuse service to someone who refuses to wear a mask.”

The United Nation’s 2030 Agenda for Sustainable Development is another document which was brought up frequently, much to everyone’s chagrin. The fear of a New World Order and the Great Reset were printed on signs long with comparisons to fascist and communist dictatorships in regards to health mandates.

The frustration felt in the crowd was very real. The protesters gathered on Saturday want things to get back to normal. But many expressed fear that it never will, that COVID-19 is an excuse for the global elite to exert their control over the masses. The elderly housed in long-term care homes were also brought up as an example of people who’s freedom was taken away, with stricter rules on when they can leave their rooms and who they can visit. 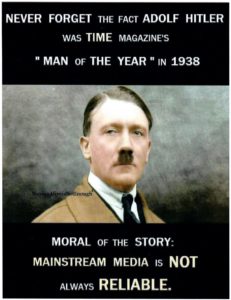 As per TIME’s Person of the Year: The criterion is “the person or persons who most affected the news and our lives, for good or ill, and embodied what was important about the year.” A lot of news is bad news and a lot of people who make bad news are very powerful people. TIME’s editors aren’t immune to that reality. Famously, they named Hitler in 1938 and Stalin in 1939 and again in 1942. (leaflet supplied by event organizers)

“The elderly are literally dying of loneliness, being held captive and isolated from their loved ones, to protect them from death in the very places that they were sent to face death,” said another public speaker, Danette Polzin.

It was clear that among the conspiracy theories were tangible problems communities are facing, and until these problems are addressed, the frustration will fester.

On the growing reports of violence in businesses enforcing mask mandates, Polzin referenced an incident in Nelson only a week prior.

“A woman had a heart attack after being spit on by an angry customer. That worker may have to enforce orders she does not even agree with but she has to keep her job,” Polin told the crowd. “That customer that spit on her, the customer that was so angry that they could not contain their rage, take a moment to compassionately witness what circumstances are driving people to out of control behaviour.”

Members of the group vowed to rally on Canyon Street in Creston every Saturday at noon until the mandates are lifted. The declared motion prompted the protesters to sing the Canadian national anthem.

Creston RCMP reported the following Monday, “Police were later called to a Creston business after a number of participants of the protest attended the business and attempted to access it without wearing masks as mandated by the Provincial Health order. Four people were issued fines and one person was arrested for obstructing a peace officer for not providing information.”

A collection of signs at the rally on Canyon Street in Creston. The coronavirus was frequently called a hoax and the chance that any one of the protesters will take a vaccine is beyond low. (supplied by Jensen Shields)

Another one of the public speakers, who simply identified himself as Paul, said he did his own research and shared his interpretation of a World Health Organization document regarding use of masks in the context of COVID-19 dated June 5th, 2020.

A June 5th, 2020 WHO document did indeed address Paul’s concerns regarding masks. It may be viewed via this link: Advice on the use of masks in the context of COVID-19

“The use of a mask alone is insufficient to provide an adequate level of protection or source control, and other personal and community level measures should also be adopted to suppress transmission of respiratory viruses,” the document said also outlining social distancing and frequent handwashing. “The WHO has updated its guidance to advise that to prevent COVID-19 transmission effectively in areas of community transmission, governments should encourage the general public to wear masks in specific situations.”

Cloth masks are now recommended by the WHO in settings such as grocery stores, shared workspaces and closed settings.

The document also warned that improper mask use could be detrimental to one’s health, including constant handing with potentially contaminated hands or not washing it after multiple uses. However, with proper hand hygiene and mask replacing if they become too wet, they can help reduce transmission of COVID-19.

When it comes to asymptomatic transmission of COVID-19, the WHO said the following:

“Comprehensive studies on transmission from asymptomatic individuals are difficult to conduct, but the available evidence from contact tracing reported by Member States suggests that asymptomatically-infected individuals are much less likely to transmit the virus than those who develop symptoms.”

The WHO document added in regards to pre-symptomatic individuals, “Data suggest that some people can test positive for COVID-19, via polymerase chain reaction testing 1-3 days before they develop symptoms. Pre-symptomatic transmission is defined as the transmission of the COVID-19 virus from someone infected and shedding virus but who has not yet developed symptoms. People who develop symptoms appear to have higher viral loads on or just prior to the day of symptom onset, relative to later on in their infection.”

What this means is that there is a window of opportunity for transmission between feeling totally fine and then developing symptoms of COVID-19. By wearing a mask and following other protocols such as keeping to a smaller social bubble, frequent hand washing social distancing in public spaces, the risk of spreading COVID-19 is reduced.

Ultimately the almost 5-month-old WHO document outlines both the positive effects and the negative effects of medical and non-medical mask-use, and in which scenarios they should or should not be relied upon. The document was intended for decision-makers, including the Canadian Federal and Provincial Governments and Public Health officials to weigh the positives and negatives of implementing mandates in a wide range of scenarios.

There are plenty of multi-page documents from organizations like the WHO which can be interpreted in a number of ways depending on which points are highlighted and which ones are simply ignored. Many of these documents are being shared in private groups and interpreted in ways that run contrary to the decisions being made by their governments.