Avalanche warning issued for much of B.C. 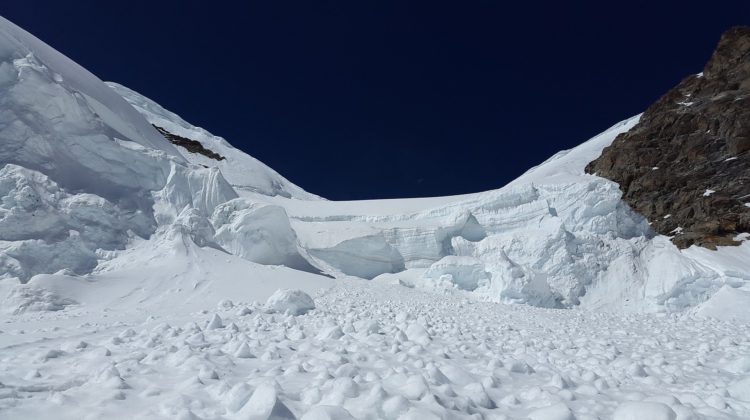 A Special Public Avalanche Warning has been issued throughout the mountains of B.C. and into Alberta for recreational backcountry and frontcountry users from Wednesday through the holiday weekend.

The warning was issued by Avalanche Canada in partnership with Parks Canada and Alberta’s Kananaskis Country.

Avalanche Canada said the snowpack is in a precarious state in a number of areas because of a critical weak layer 60 to 100 centimeters below the surface of the snow.

The warning is in place for a number of areas until December 27th.

“The storms that blew through western Canada over the past week added sufficient snow above the weak layer to bring the snowpack to a tipping point where large avalanches can be easily triggered by people on snowshoes, skis, or snowmobile,” said Avalanche Canada.

The warning covers a number of areas between B.C. and Alberta, including:

“With indoor gatherings restricted by the pandemic, we recognize many of us will want to spend time outdoors in our beautiful backcountry over the holidays,” explained James Floyer, forecast program supervisor for Avalanche Canada. “People must be aware that even though the weather has settled, dangerous avalanche conditions remain throughout much of western Canada. There is a serious potential for large, human-triggered avalanches at this time.”

Outdoor recreators are warned to keep to low-angle or densely forested slopes and make conservative terrain choices. As well, the public is asked to approach any slope steep enough to facilitate an avalanche with extra caution, and look out for terrain traps, such as cliffs, rocks, gullies, and creek beds, as they can make even a small avalanche worse.

“We know sunny weather can give people a false sense of security when they venture into the backcountry,” said Floyer. “This is not the time to let your guard down. Steep open slopes will look tempting but are best left alone for now.”

Many popular summer trails will also be exposed to avalanche conditions, and those heading outdoors are asked to plan and research their route in advance.

Visit the Avalanche Canada website through the link below to see forecasts, essential rescue gear, and other relevant information. 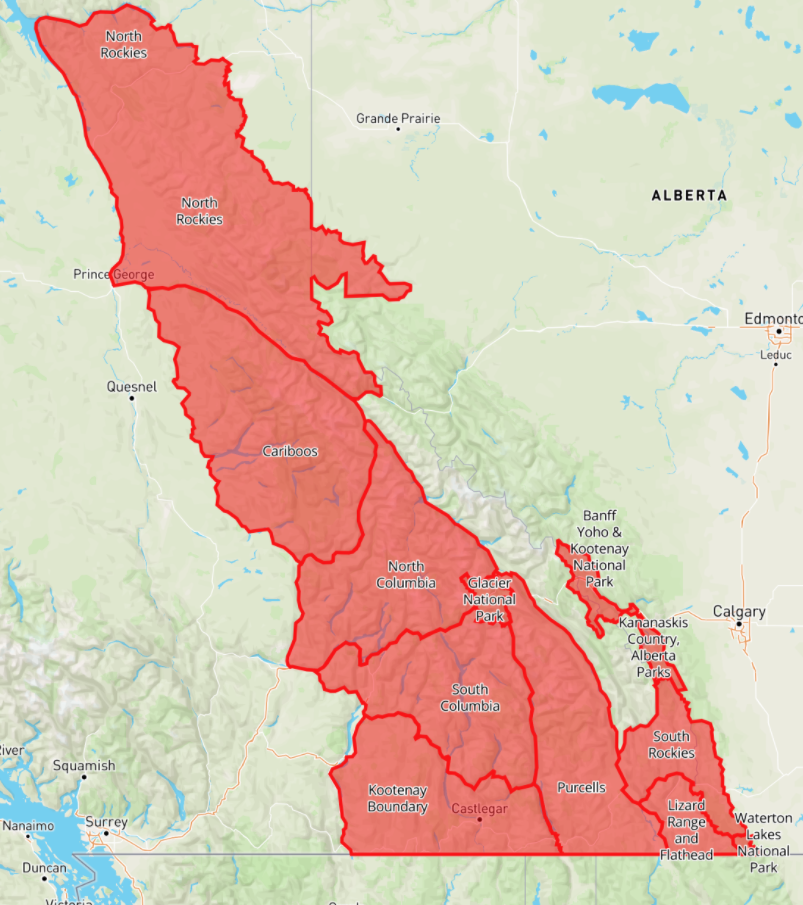 A map depicting the areas impacted by the avalanche warning issued on December 23rd. (Supplied by Avalanche Canada)