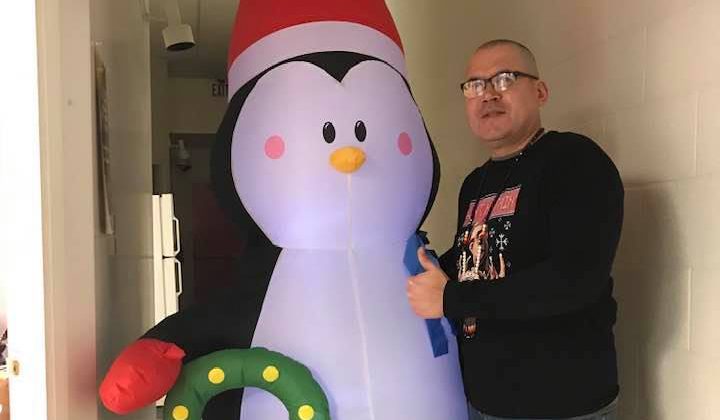 The Roman Saturnalia was held on from December 16th to the 23rd to honour the god of agriculture by feasting and exchanging presents in the midwinter. In the 4th century, the holiday would continue but with the added caveat that it would be in Christ’s name on the 25th, not Saturn’s.


As Christianity spread, assimilated cultures would adopt Christmas while also adding to the Solstice-centric festivities including decorated trees and “Yule” logs.

For the Lower Kootenay Band, Christmas is celebrated with glee. However, the holiday also conjures up mixed feelings granted its association with Christianity and how it spread among First Nations in Canada.

LKB Chief Jason Louie shared what his people went through with their very own sacred midwinter tradition in the face of colonialism.

“When the church came in, they literally stripped away everything,” Said Louie. “Language, ceremonies, but when it came to the New Year’s ceremony, the leadership just would not budge.”

Louie described a ceremony that focusses on preparing for the entire year. This act of preparation is called “the road.” A ceremony takes place asking for three main needs; Health, food stores, and not to be poor.

“It would include a very big feast, that was one of my favourite parts because there would be everything from frybread to tripe soup from deer or elk.”

Just as with the Saturnalia, Louie said a compromise was made in order to save this ceremony that predates the birth of Jesus Christ.

“I have a difficult time using this language,” Louie explained. “The deal was that the Church would allow it, and it’s hard to say that, if we would begin the ceremony with the lord’s prayer.”

The Christianization of the Lower Kootenay Band’s New Year’s tradition is upheld to this day. Ktunaxa peoples gather and host one another from Aq’am to Akisqnuk and below the U.S border.

“An Elder pointed out to me that all we have in this world is our word,” Louie added. “So years ago, our people gave our word, and even though we might not agree with it, they had to make a sacrifice so we could keep this ceremony. We have ceremonies that are gone forever because the Church outlawed it and people forgot.”

By saying the Lord’s prayer, Louie explained, they are honouring their ancestors for making the necessary deal to keep their tradition alive.

Decades later there would be room for both traditions as Chief Jason Louie said he has adopted Christmas with all his heart to warm the spirits of those around him, including himself.

“Even to this day, I’m known around the office as Mr. Christmas,” said Louie. “I’ve made it into something I always wished it would be. Not just for me but also my kids.”

The holiday season brings people together. It is no surprise that this amalgamation of traditions we call Christmas strikes a cheerful chord with people. From judging local Christmas pageants to leaving Santa voicemails, Louie said Christmas has also brought his own family together even when times were tough.

But this year he asks people to keep to their family units.

“I’m strongly encouraging people to do something from their homes. Don’t forget about traditions, don’t stop doing it, just do it with whoever is in your household.”