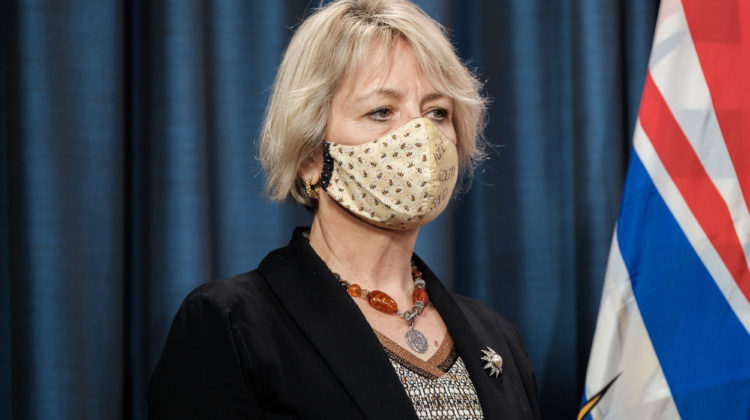 The Interior Health Region is reporting 238 new COVID-19 cases in its jurisdiction between Christmas Eve and December 29th, with 2,208 reported province-wide.

Breaking down the province’s daily numbers:

Dr. Bonnie Henry, Provincial Health Officer, said the recently discovered strain of the virus from the UK was detected on Vancouver Island.

“This person had returned to British Columbia from the UK, and have been in quarantine in their residence, as they were expected to do,” said Henry. “This variant does not seem to cause more severe illness, nor does it seem to have an effect of the tests or the vaccine we’re using in Canada. It does seem, although the details remain unclear, in the US, that it causes the virus to be more infectious.”

Recent tests from people who have been through the UK are being revisited to look for the new strain to see if there are any more cases in the province.

Henry said the arrival of the new variant is a reminder to B.C. residents to keep up efforts to stop the transmission of the virus.

“Right now, that is an order: that you need to stay with your household for any social gatherings. That is important for us to stop the transmission for all COVID, but now this variant as well,” said Henry.

Meanwhile, in the East Kootenay, the BC Centre for Disease Control said nine new infections have been confirmed between December 18th and 24th, for a total of 168 since the pandemic began.

Interior Health (IH) has reported 617 active cases, with 33 in the hospital, 7 of whom are in the ICU.

The health authority said 3,098 people have recovered of the region’s 3,749 total cases.

According to the BCCDC, 28 people have died from the virus in the Interior Health region.

Provincially, 7,580 cases remain active, as the virus has hospitalized 373 people, with 80 in intensive care.

Between Thursday and Tuesday, 74 deaths have been attributed to COVID-19 in B.C. The BCCDC said 882 British Columbians have died from the illness throughout the pandemic.

Since the Phizer vaccine first arrived in B.C., 11,930 doses have been administered. Henry said two people have suffered an allergic reaction from the vaccine, but they have since been treated and recovered.

Last Wednesday, Canada approved the use of the Moderna COVID-19 vaccine, and shipments have arrived in B.C. on Tuesday.

“The Moderna vaccine will be used in the North, Interior, and parts of Vancouver Island to be able to provide immunization to smaller, long-term care home in smaller communities,” said Henry.

B.C. residents are encouraged to refrain from any social gatherings over the holidays by avoiding any New Year’s parties or events.

“To give the people in our health care system and in our essential services the reprive they need, we need to make our entire holiday season a quiet holiday season, including the upcoming New Year,” said Henry.