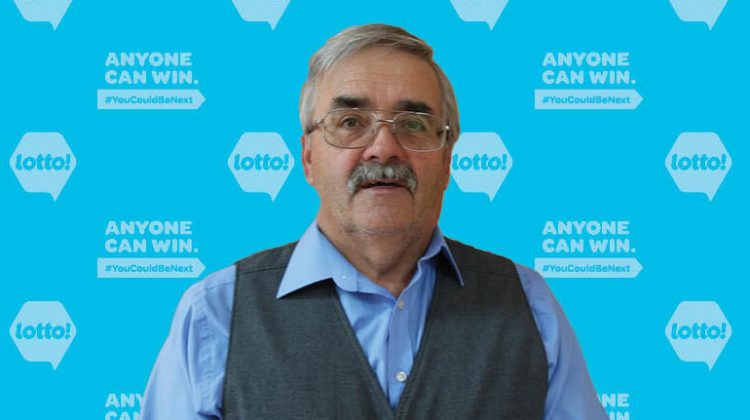 Creston’s Andre Robert rolled into a grocery store to check his lotto ticket, only to leave knowing he would be $500,000 richer.

Purchasing his winning ticket at Paul’s Superette, Robert was strolling through the grocery store when he remembered to check his ticket.

“My first thought was something was wrong so I had the retailer check my ticket,” Robert told the BCLC (British Columbia Lottery Corporation) after his win. “I think she was more surprised than me: The machine stopped.”

The BCLC said Robert realized he had successfully matched four-of-four numbers to win Extra’s top prize. He immediately picked up the phone to share his win with his wife.

“She said that her heart stopped literally beating.”

“Prior to this, the largest prize I have ever won (was) $20,” he said. “I really can’t describe it since the feeling or the reality has not set in yet. I am not an excitable person but I still have to pinch myself to know that I’m not dreaming.”

Robert told the BCLC that his family celebrated with a small dinner at home and are planning to road trip to Arizona or California once it’s safe to travel once again. He said he made decide to retire a few years earlier as well.