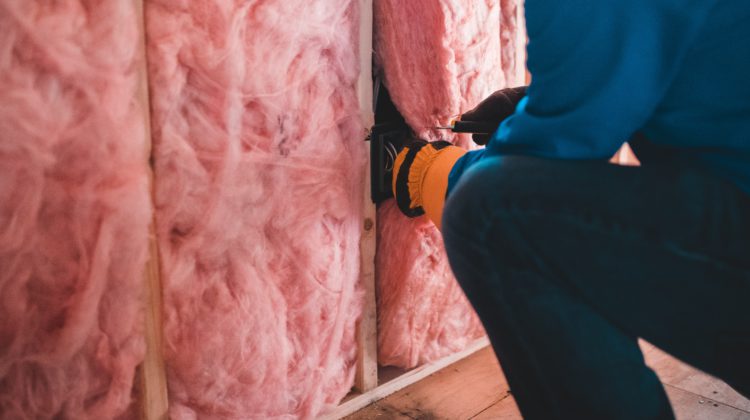 Insulation installation in a new home. (Supplied by Unsplash)

BC Check-Up: Invest is an annual report completed by the Chartered Professional Accountants of British Columbia (CPABC) which looks at investment trends across British Columbia, including the housing market in the Kootenays.

According to the report, just 41 units were under construction in the two communities to start the year. The number then jumped to 70 additional units by the third quarter of 2020 while 286 new units broke ground to end the year, leading to their findings of 397 housing starts.

“In the Kootenays’ largest municipalities, the level of new housing units started to slow down in the first half of 2020 due to the economic uncertainty stemming from the COVID-19 pandemic,” said Mike Calder, CPA, CA, partner at BDO Canada. “However, the year ended strong with a large number of new units started in Q3 and Q4 2020. The significant increase was primarily driven by the number of attached units that began construction.”

“This is a promising sign that investors are feeling secure to invest in residential projects, such as those within the Wildstone Golf Course development,” said Calder. “Going forward, the region will also benefit from capital invested in major projects, which should both boost our economic recovery and attract more housing developments.” 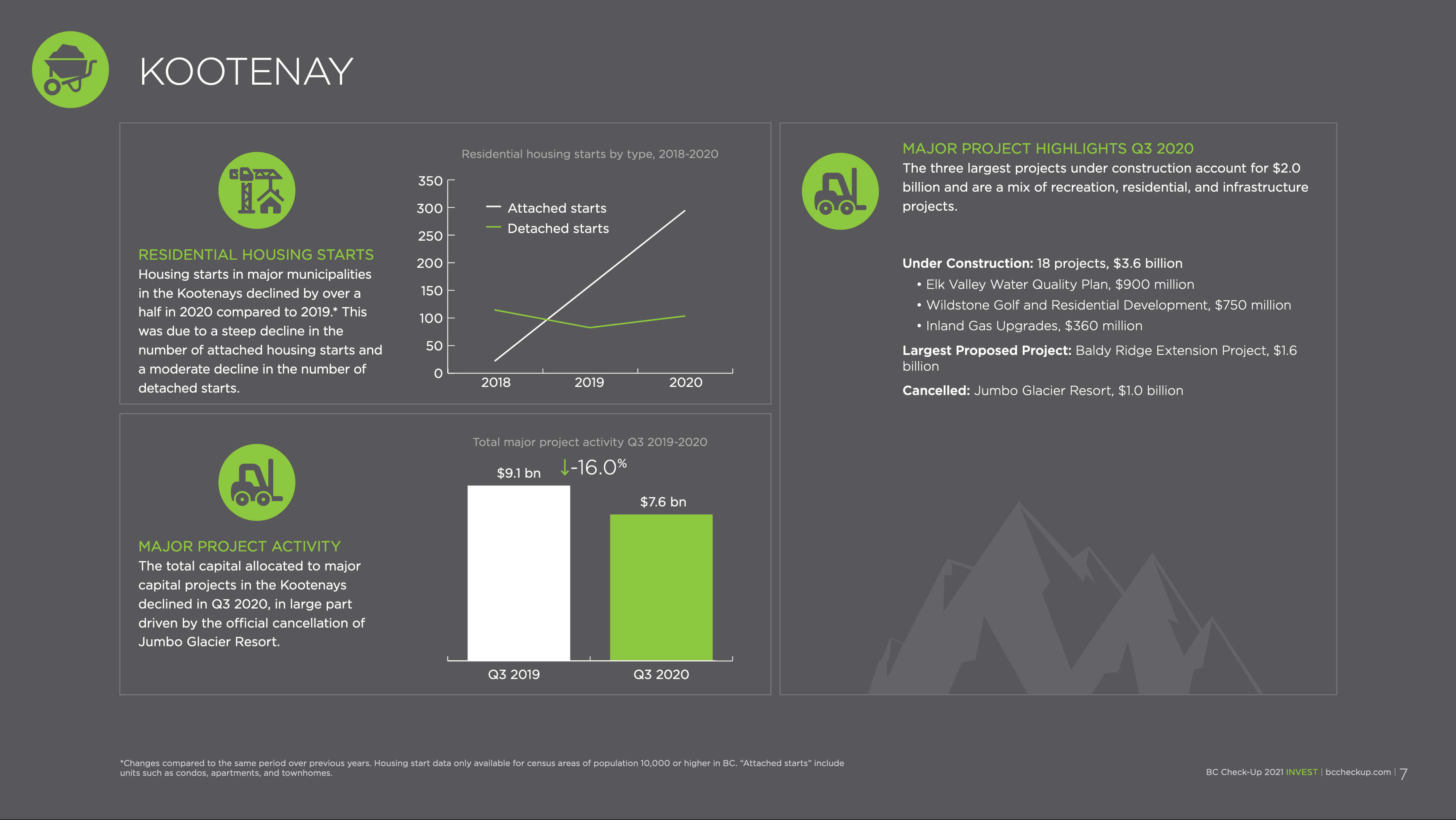 Graph and snapshot of the Kootenays from the CPABC’s annual report. (Supplied by Chartered Professional Accountants of British Columbia, BC Check-Up: Invest)

From the CPABC report, the forecasted capital cost of all major projects in the Kootenays, which is defined as projects with a cost over $15-million, was $7.6-billion in Q3 2020. That number is down from $9.1-billion in Q2 2019, largely because of the official cancellation of the Jumbo Glacier Resort in the Jumbo Valley, which carried an estimated price tag of $1-billion.

“After a difficult year in 2020, the region’s economy has begun to recover and should continue to improve in 2021 as the global economy continues to rebound and shovels hit the ground on projects such as the Inland Gas Upgrade, Lake Ferry Service Upgrade, and Boundary Regional Hospital Ambulatory Care,” said Calder. “Together, the three developments alone account for nearly $500 million of economic activity coming to the region, which are critical to accelerating our economic recovery.”

18 major projects are underway in the Kootenays, accounting for $3.6-billion in total investment, including Teck’s $900-million Elk Valley Water Quality Plan, the $750-million Wildstone Golf and Residential Development, and the $360-million Inland Gas Upgrade from Fortis BC.

The full BC Check-Up: Invest can be found below.