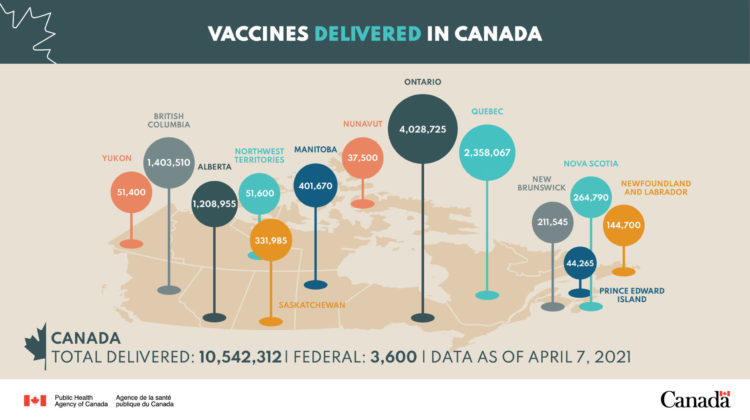 Photo provided by the Public Health Agency of Canada

Ottawa has distributed over 10.5-million doses of vaccines to provinces and territories and is expecting another 15-million cumulative doses by the end of April.

Major General Dani Fortin, Canada’s head of vaccine logistics, said over 17-million doses are expected from Pfizer-BionTech alone in the next three months. Fortin said deliveries from Moderna continue at their expected pace with the next shipment of 855,000 doses expected early next week, followed by around 1.2-million doses by the last week of April.

Canada also received its first shipment of around 317,000 AstraZeneca doses from the COVAX facility Thursday morning. Fortin said the country can expect to receive a total of 1.9-million doses from COVAX in 2021’s second quarter. 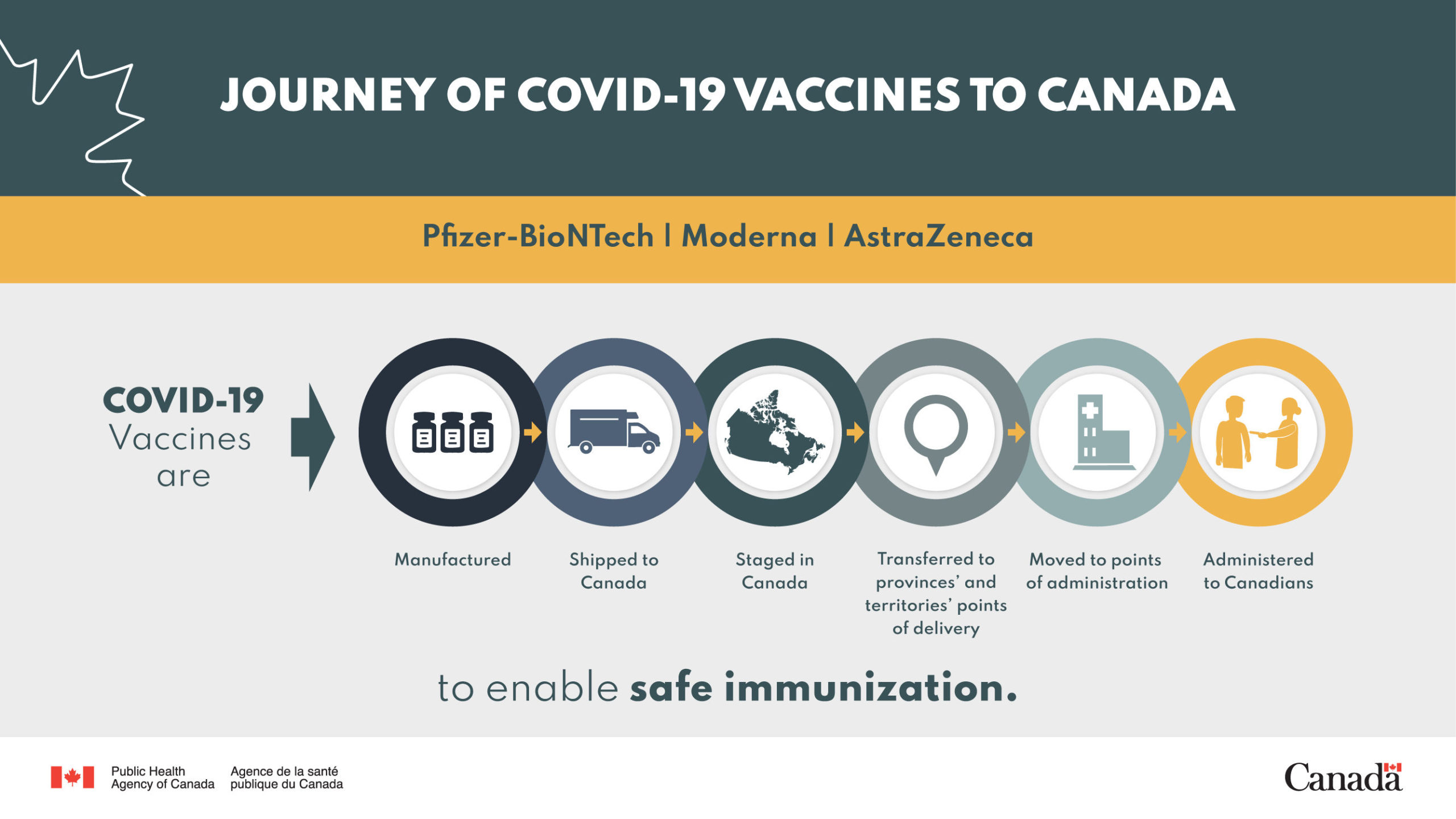 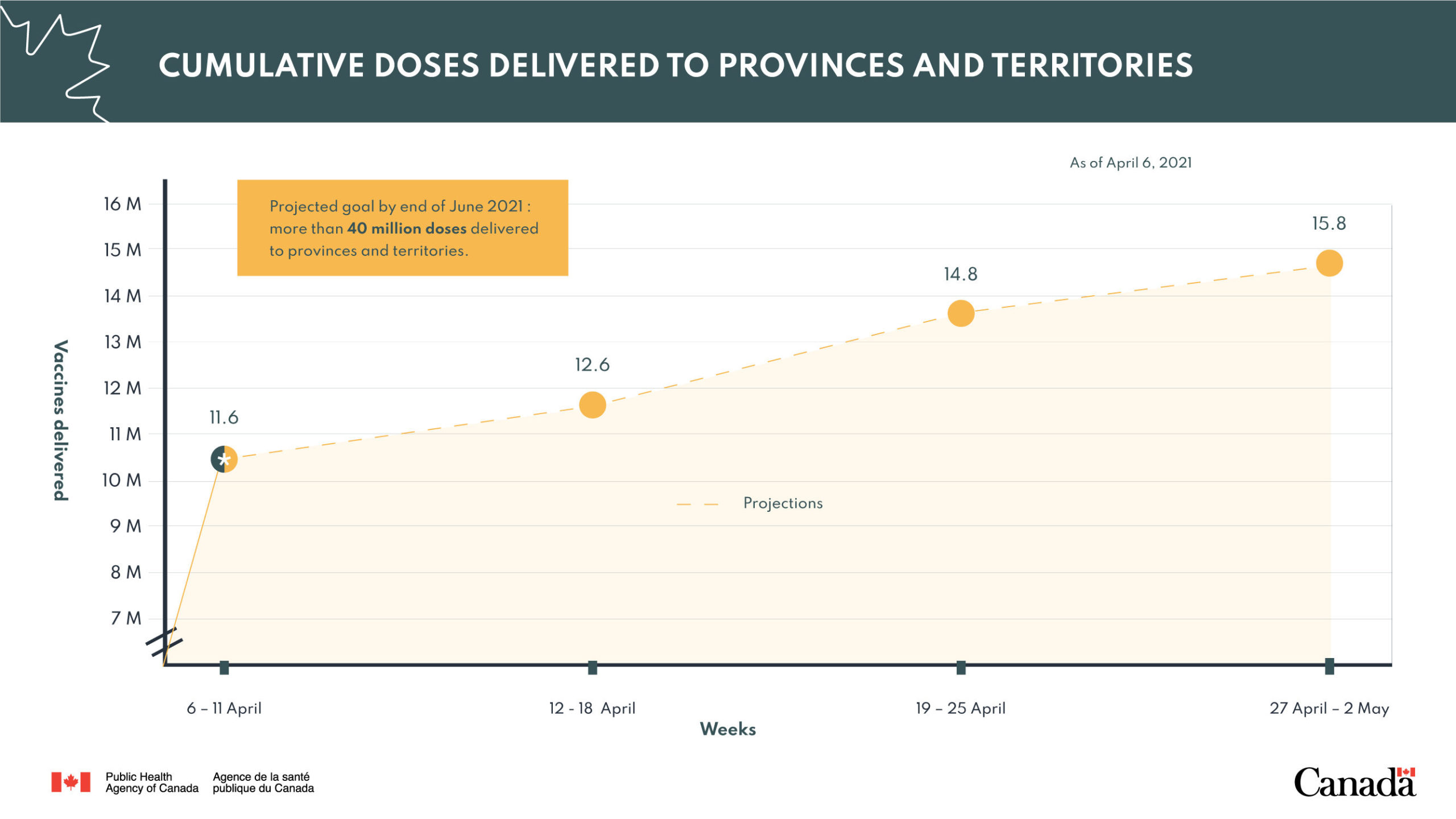