Just under 9-million COVID-19 vaccines given in Canada 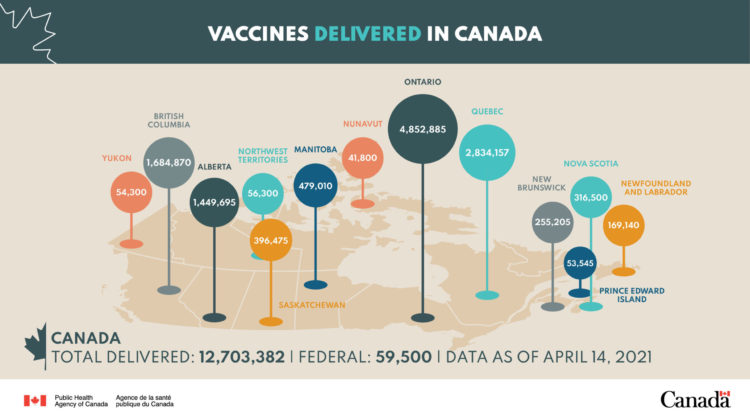 As of Thursday morning, a little short of 9-million doses have been administered in Canada. Over 80% of Canadians 80 and over, and about 70% of those 70 and over have received their first shot.

The head of Canada’s vaccine logistics, Major General Dani Fortin confirmed they have now distributed over 12.5-million doses to provinces and territories.

According to Fortin, a steady flow of 1-million Pfizer doses per week will be arriving until the end of May, which will be doubled for the month of June.

He said around 1.2-million Moderna doses, originally set for this week, will be arriving at the end of this month, with a separate 2.8-million doses set to arrive by the end of May.