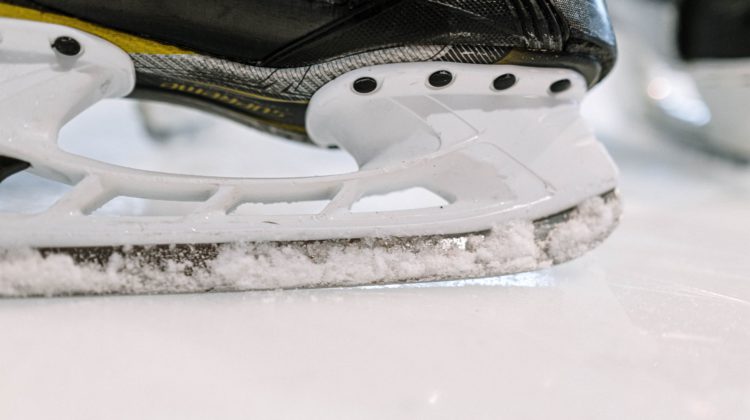 The 2021 Arizona Rookie Faceoff wrapped up on September 20th, 2021, with Cranbrook’s own Bowen Byram competing against other young players.

Byram was given the captaincy for the tournament leading the group of Colorado Avalanche rookies.

“It’s pretty cool, I think anytime you are the captain of a team it’s a huge honor and also a huge responsibility,” Byram said.

“I just try to be open and inclusive to everybody I feel like I am a pretty happy-go-lucky guy, so just try to include everybody, be positive and hope to help everybody enjoy the game because it can be stressful and a lot of pressure at times.

“That’s kind of how I approach things, I know there’s different ways, but I am who I am, so I try to show that through my leadership abilities.”

The Avalanche played three games over the weekend starting with the L.A. KIngs, followed by the Anahiem Ducks and finishing the tournament with a game against the San Jose Sharks.

This was the first game Byram played since March 25th, after he suffered an injury against the Vegas Golden Knights.

“I think it’s been since March or April or so, so it was nice to definitely be in a competitive atmosphere again and play a game,” said Byram.

“I think it’s tough you got to knock a bit of rust of. I felt pretty good, I felt like I had my legs, so it was fun.”

The Avalanche’s first game against the L.A. Kings did not go as planned, as Colorado got shutout 4-0.

Even though the Avalanche was kept scoreless, the Colorado Eagles head coach, Greg Cronin was imprssed with quite a few players including Byram.

“I thought it was a little sloppy, obviously the Kings, a lot of those guys we saw last year in the American League,” said Colorado Eagles head coach Greg Cronin.

“Ultimately you are trying to get some visibility out of your players, particularly the young kids that are kind of fresh faces… At times Sampo Ranta was visible because of his size and his skating, Newhook, Shane Bowers at times, I thought Justin Barron and Bo (Byram) played well,” added Cronin.

“We always try and tell the players here is a herd of people on the ice, you got to try and separate from the herd. I didn’t think there was a lot of that tonight.”

Game two against the Ducks was where Byram shined, scoring a goal two minutes into overtime to seal the deal.

“We had a good faceoff win and got it set up, we had a couple plays to run,” Sampo Ranta said. “Bo took a good shot, and I was just trying to take the goalies eyes away and it went in, good shot.”

Most of the team’s more experienced rookies, including Byram sat out for game three against the Sharks, giving new players a shot.

After the Rookie Faceoff, players returned to Colorado to get ready for NHL training camp.