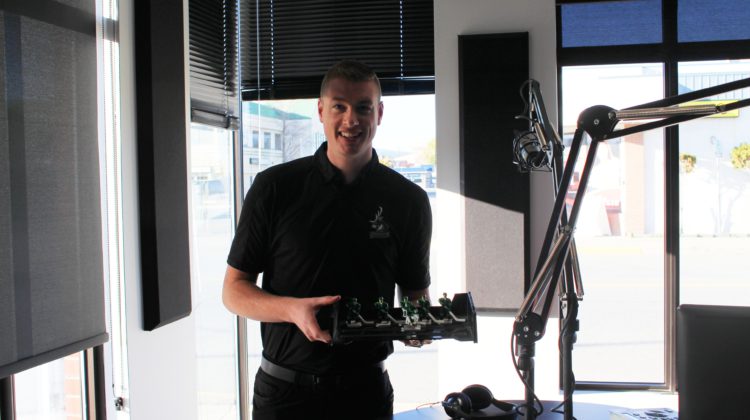 The Cranbrook Bucks have added six tiny players to their roster, with the gift of a table hockey team from a Summerland-based artist.

The custom-painted team was sent to the Bucks’ majority owner and president Nathan Lieuwen from Steve Karnish, a former minor hockey player in Osoyoos.

“This is very, very cool and very thoughtful. We are so grateful here with the Cranbrook Bucks,” said Lieuwen. “I think they might go on a table and then our coaches might use them. This is such a cool idea.”

Karnish said the team took about six months for him to complete.

“I started them in February and then on and off again and I basically completed them about a month ago,” explained Karnish.

Only two sets of mini Bucks have ever been produced, Karnish has one set and gave the other to Lieuwen.

“With the Cranbrook team being the newest member of the B.C. Hockey League family, I decided to do the Cranbrook Bucks and I thought it would be a great idea to make two teams and send one of them to Nathan,” said Karnish. “It’s just a little ‘welcome to the league’ gift and I hope he enjoys them.”

The idea to paint not only the Cranbrook Bucks, but every BCHL team came from Karnish’s sons.

“They said ‘dad, why don’t you try to create the new, expansion NHL teams’ and that progressed from there. Both me and my sons go to a lot of the Junior A games here in Penticton,” said Karnish. “It started with the local team here and it progressed and kept going until all the 18 teams were painted.”

The players have been given specific numbers for a significant date for the Bucks.

“The numbering of the players represent the tenth month, the eighth day for the 2021/22 season, so it represents the first real game the Bucks will be playing because of what happened last year,” explained Karnish.

Karnish also noted that Lieuwen is the only hockey team owner to have a set of his custom-painted mature players.

The Cranbrook Bucks take on Karnish’s hometown Penticton Vees for the first time in the season on November 21st on home ice at Western Financial Place.

The Bucks officially begin the 2021/2022 season on October 8th against the Trail Smoke Eaters. 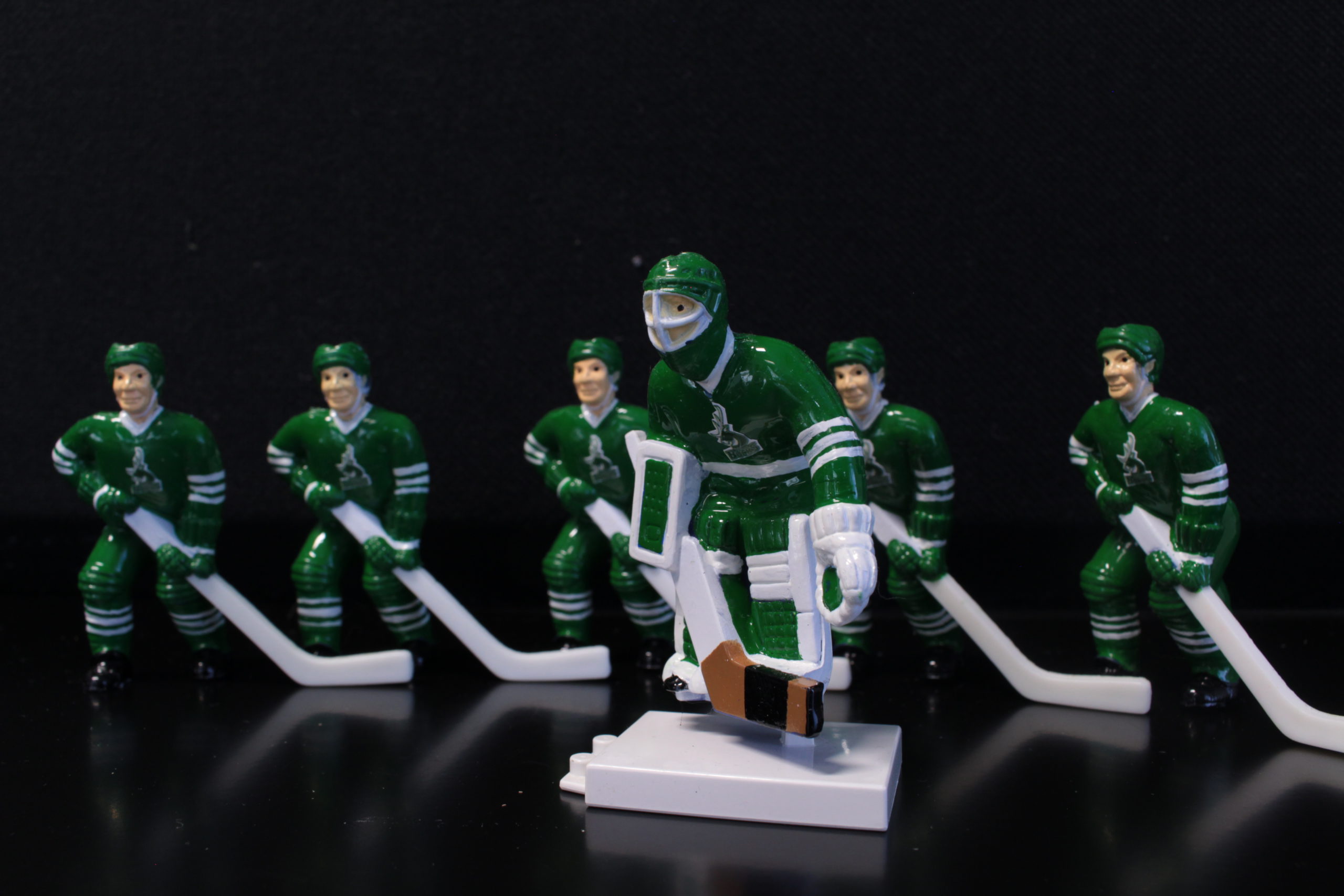 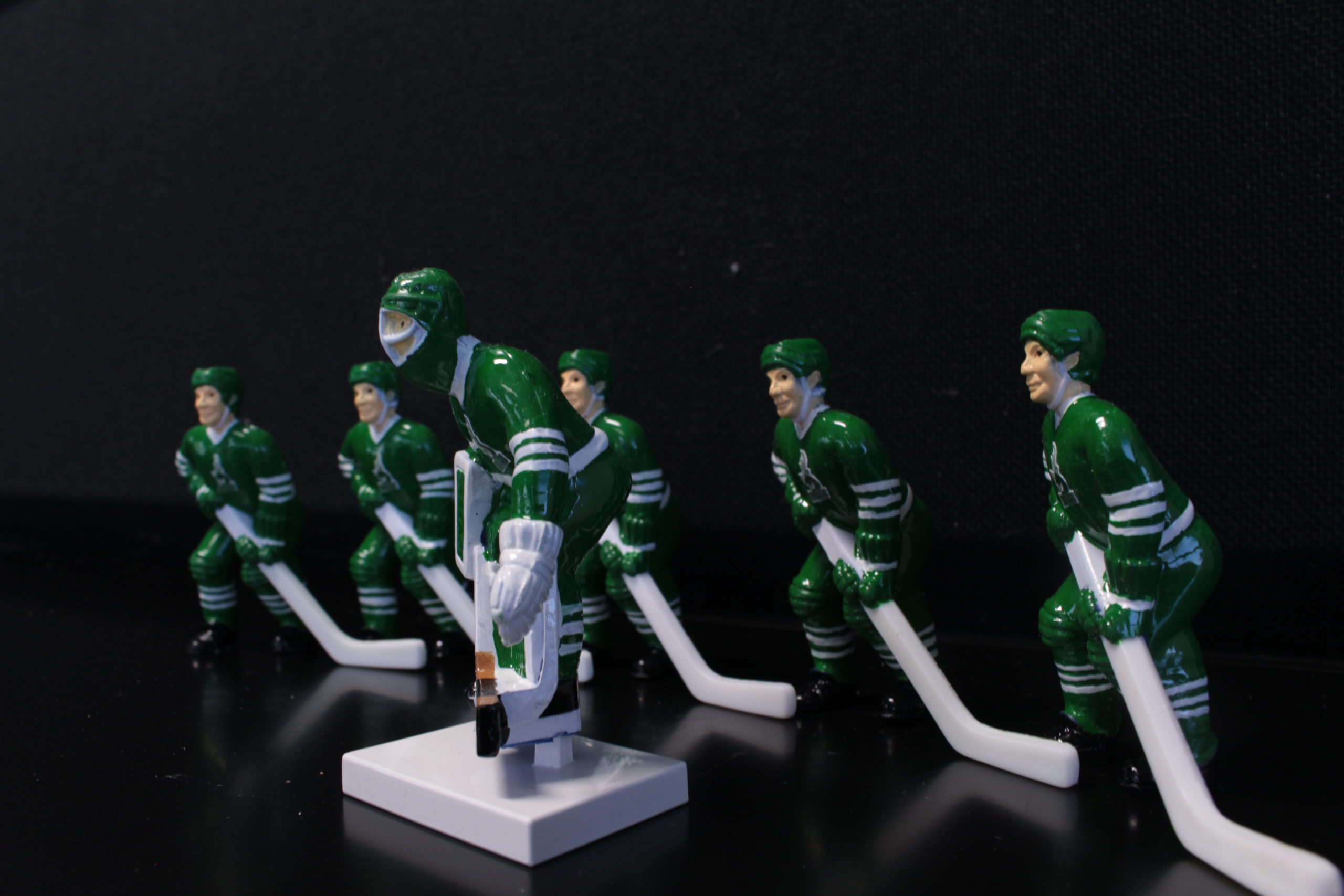 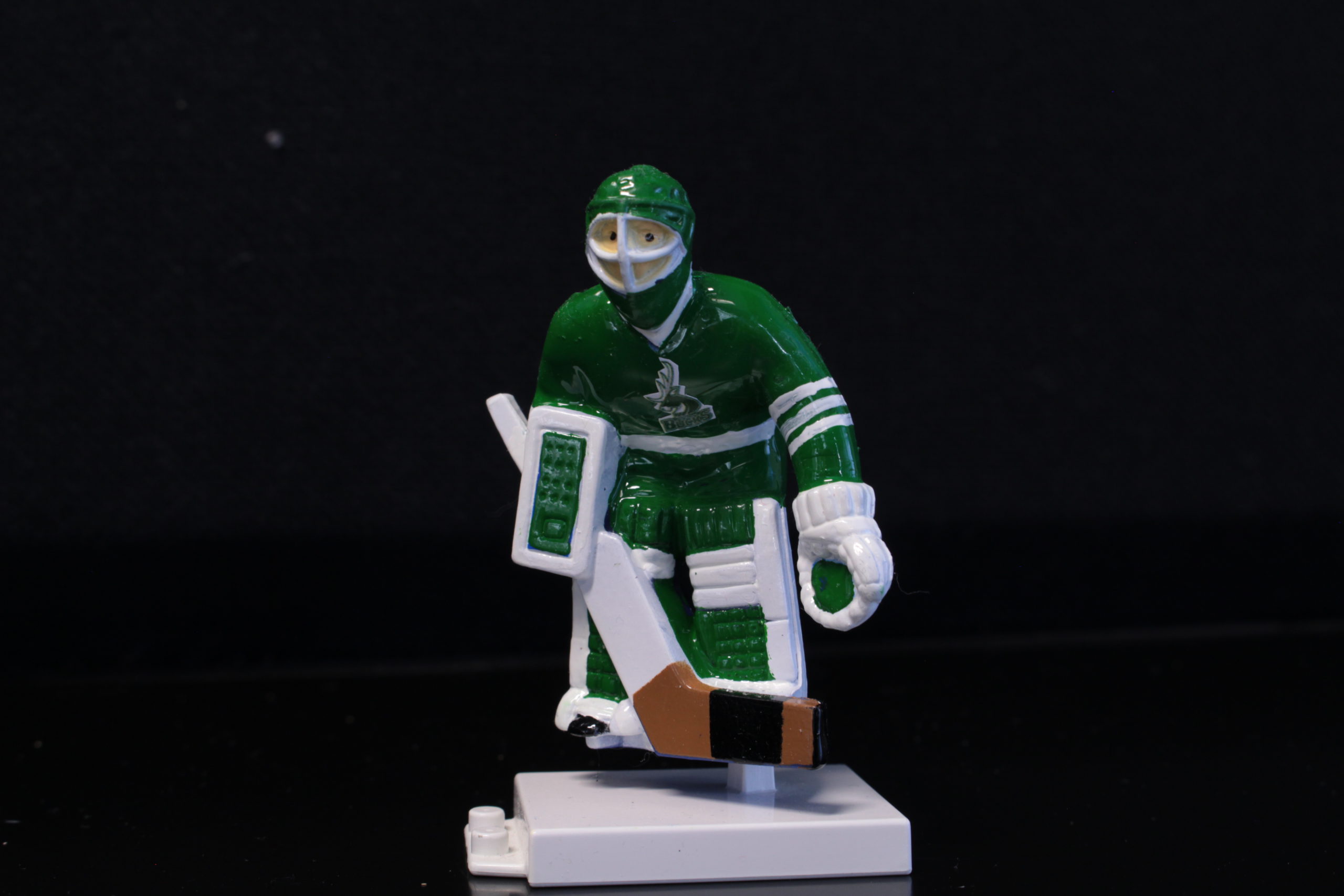 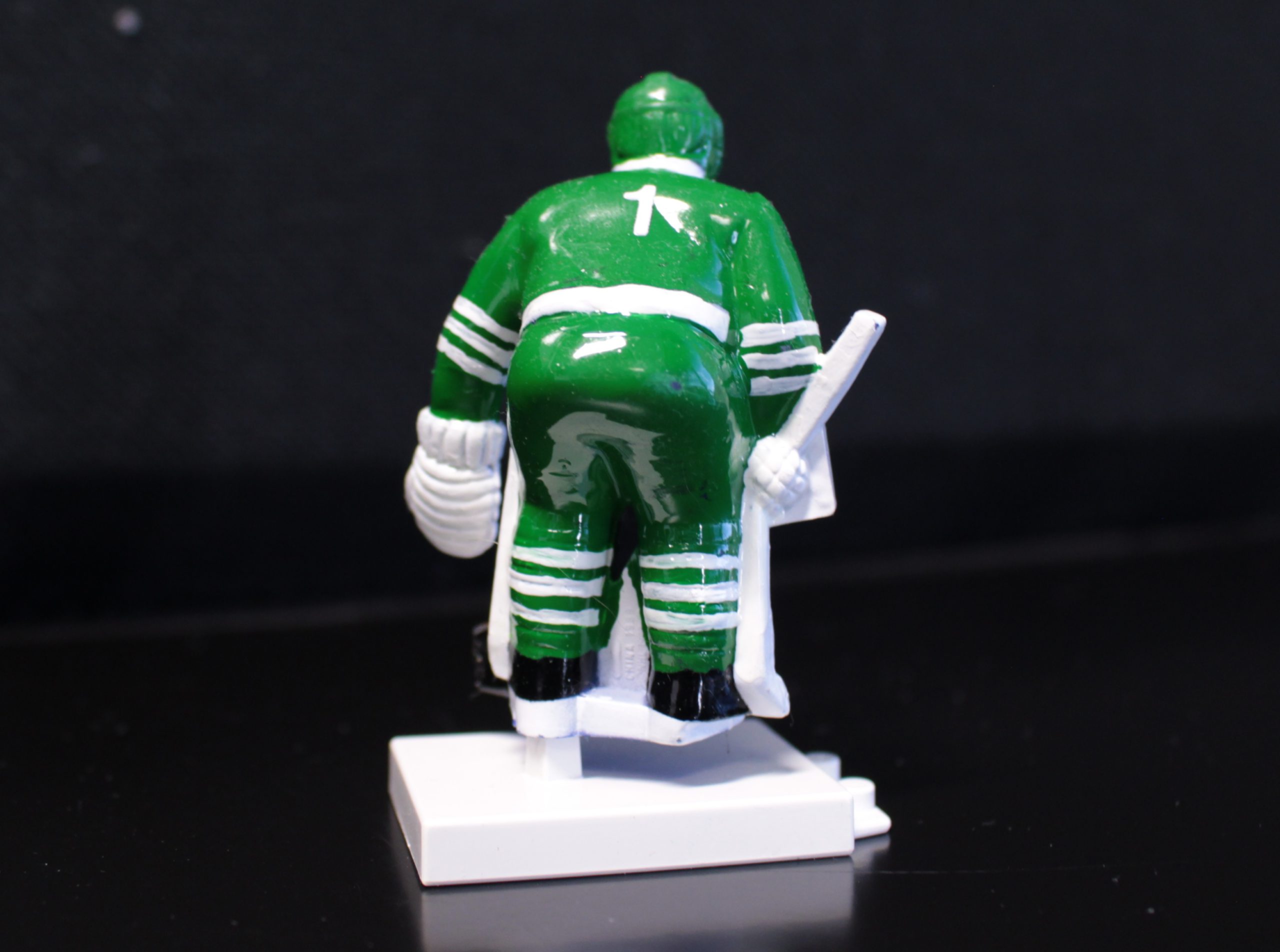