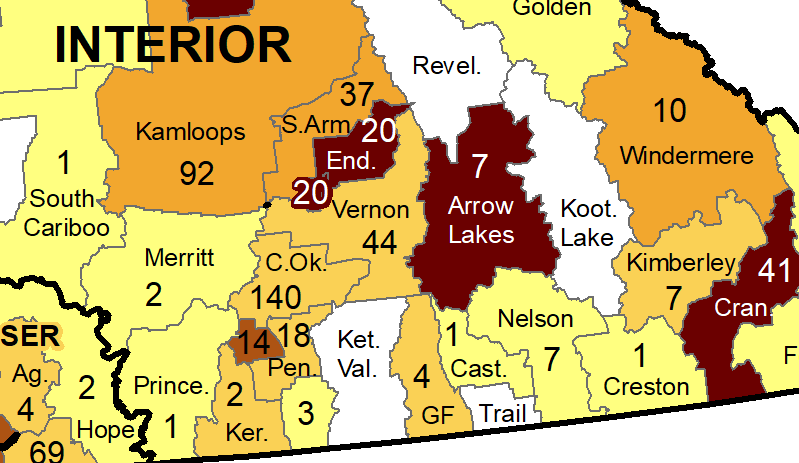 The number of new COVID-19 cases in the West Kootenay/Boundary continues to decline overall, according to the latest figures from the BC Centre for Disease Control.

Kettle Valley also had no new cases, down from two, and Kootenay Lake had none for a second straight week. Creston had one, down from five, and Castlegar held steady at one.

Nelson, however, had seven cases, up from three. Arrow Lakes also had seven, compared to four the previous week.