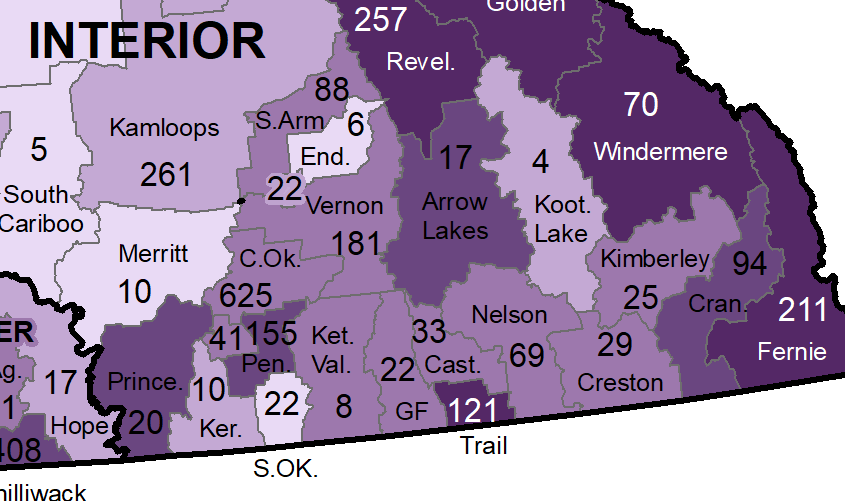 There were 29 new COVID-19 cases in the Creston area between Boxing Day and New Year’s Day, according to the BC Centre for Disease Control.

That was compared to just two the previous week. Prior to that, Creston and all other parts of the West Kootenay/Boundary had not hit double digits in several months.

Overall, there were 303 new cases in our region, up from 110 the previous reporting period.