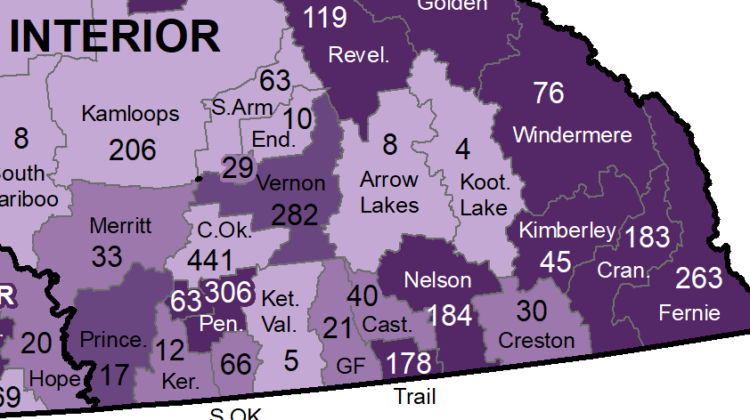 (Courtesy BC Centre for Disease Control)

The number of new COVID-19 cases in Creston held steady, according to the latest figures from the BC Centre for Disease Control.

However, across the West Kootenay/Boundary, there were 470 cases in our region between Jan. 2 and 8, compared to 303 the week before.

Creston had 30 new cases, virtually the same as the week before when there were 29.

The greatest increase was in Nelson, which led the region with 184 new cases, compared to 69 during the previous reporting period. Trail was also up substantially, with 178 new cases compared to 121 a week earlier.

But other areas did not see the same sorts of increases, and some actually declined.