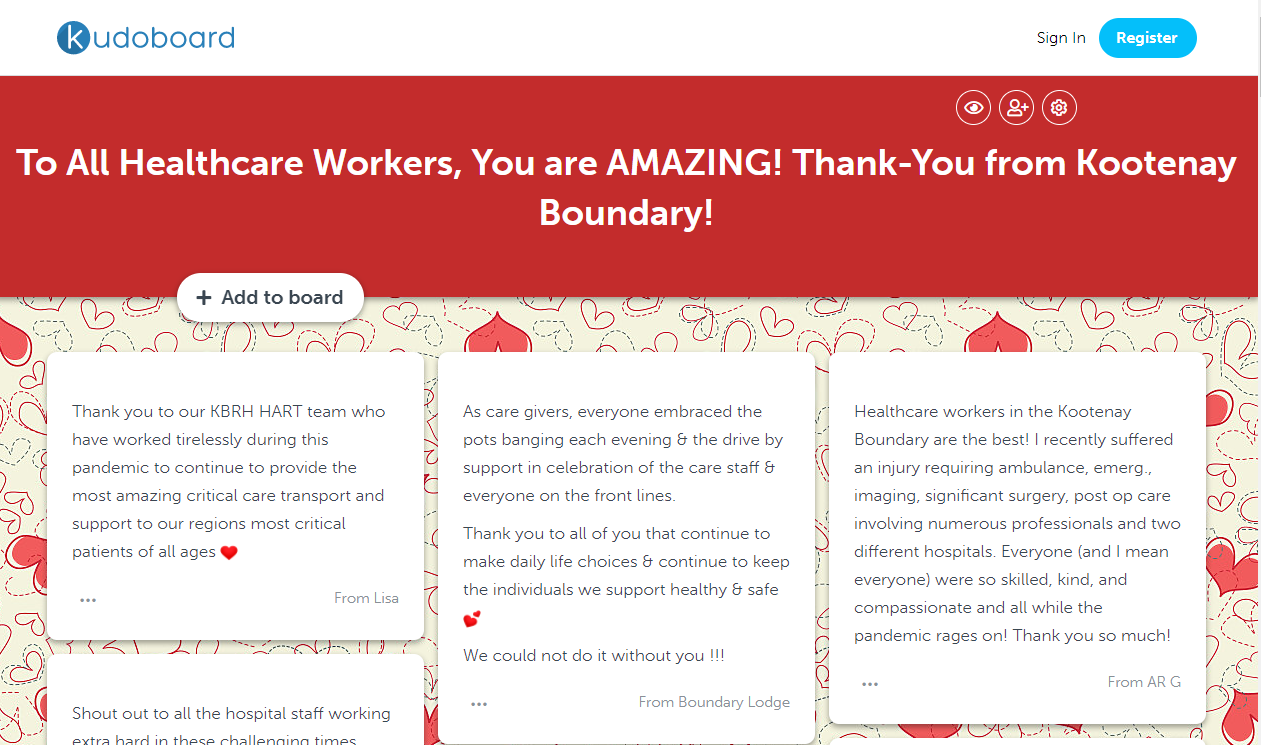 A local initiative is offering local healthcare workers on the frontlines of the pandemic some kudos from the public.

They received more than 50 responses, ranging from simple thank-yous to “really beautiful, heart-felt stories of people’s experiences directly with health care providers in our region.”

“The practitioners are feeling it. They’ve been working hard. It’s nice to give them the opportunity to hear from the public, to see there’s a lot of people out there that really appreciate the efforts they’re putting in. It’s to give a little inspiration at a time when we were getting hit again.”

Edney says the messages are intended for everyone working in hospitals.

You can view the messages here: https://www.kudoboard.com/boards/MKYLMavz