Kootenay house sales slow in February, but prices up

The Kootenays saw 241 homes change hands last month, according to statistics from the Association of Interior Realtors, down 14.8 per cent from February 2021.

“In the last few months, in our market where average prices have historically remained consistent in their trajectory, we have witnessed some price volatility,” association director Bruce Seitz said in a news release.

“While inventory still hovers around record lows, a seasonal increase in unit sales, and a decrease in average prices for the second month in a row is indicative of our region’s high affordability quotient,” Seitz says, adding that “unlike other regions in the province, average home prices in the Kootenays haven’t skyrocketed.”

There were 339 new listings recorded by the Kootenay multiple listing service in February and 657 active listings overall in the region. 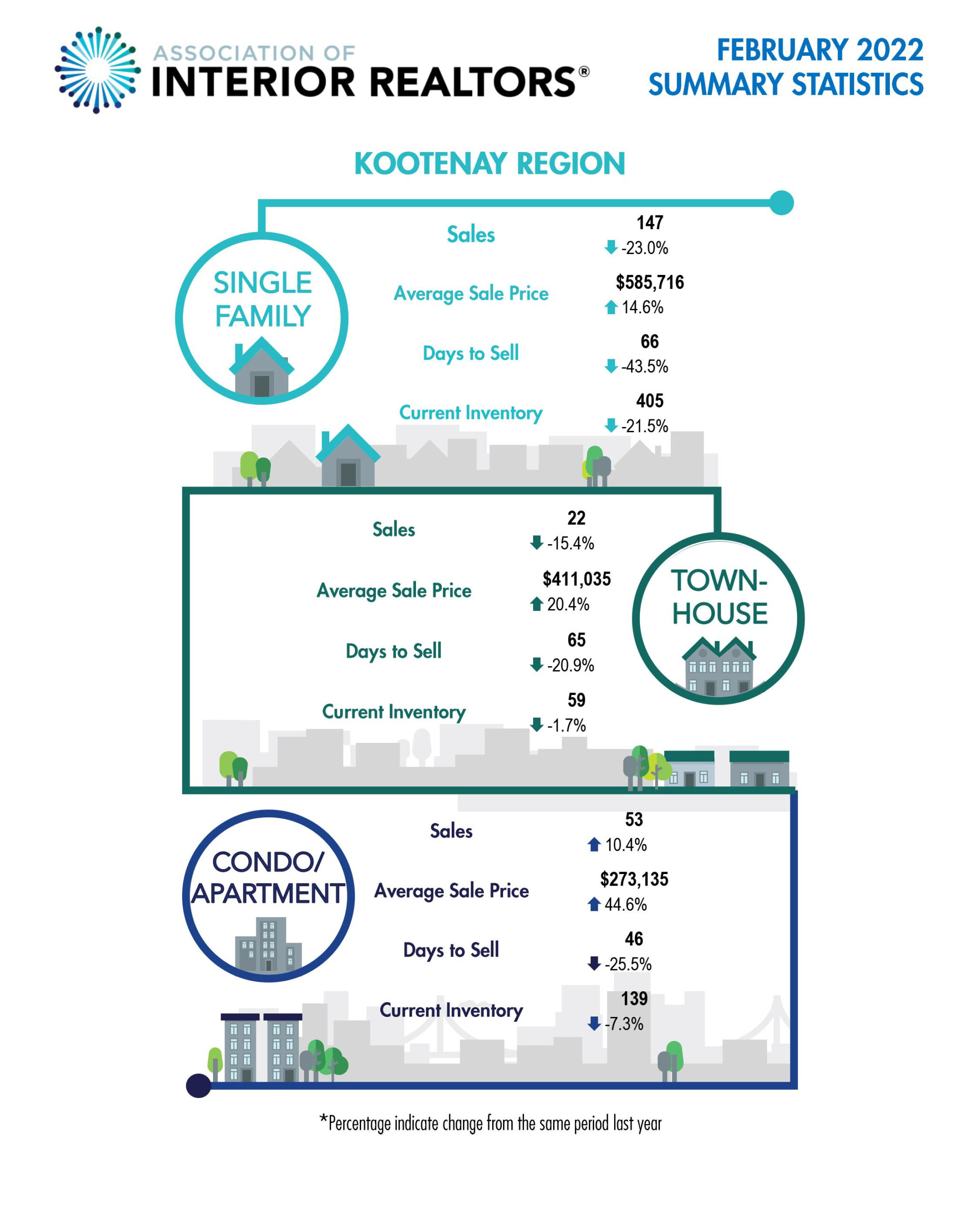