Three poles, two flags & one symbol up for debate 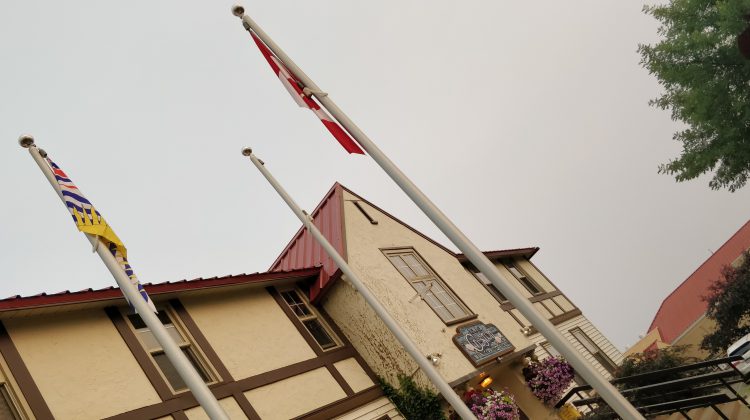 Three new flag poles stand ready in front of Creston town hall with our Nation’s flag front and centre. The BC flag will be placed slightly lower and next to the maple leaf, which leaves a spot for a new symbol to represent the community.

City council brought forward the idea of flying the blue Town of Creston flag, which features a swan surrounded by cherry blossoms. This option was audibly not well received by many during the meeting. The Creston symbol featured on the Creston.ca website was unanimously considered more appropriate for branding. The third option is the Yaqan Nukiy flag. Council spoke on the appropriation of the flag and whether or not it would best represent the municipality.  The final option, which a majority of council members deemed acceptable is the Creston coat of arms.

The options were discussed as part of council’s process to develop an official flag policy.