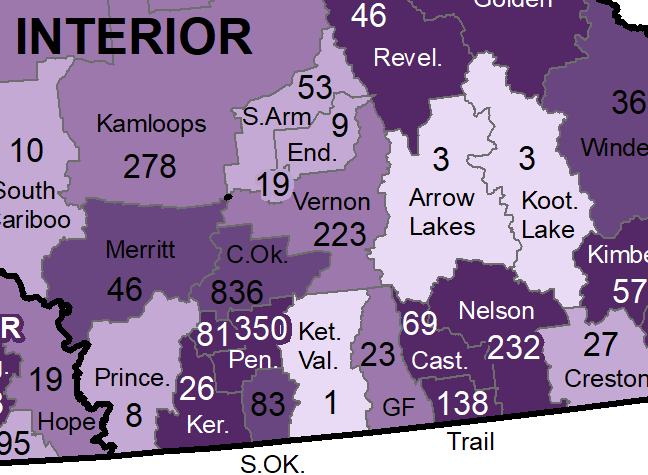 The number of new COVID-19 cases in the Creston Valley was about the same in the latest reporting period as the week before. But overall, West Kootenay/Boundary had nearly 500 new cases overall.

The latest figures from the BC Centre for Disease Control, covering Jan. 9 to 15, indicate Creston had 27 new cases, down from 30.

Nelson had the sharpest jump, recording 232 new cases compared to 184 the week before.

Trail was next highest with 138 new cases, although that was actually down from 178 from Jan. 2 to 8. Castlegar had 69 new cases (up from 40). Other parts of our region held steady or were down slightly.

The true numbers, however, are thought to be three to four times higher, as local testing has reached capacity.