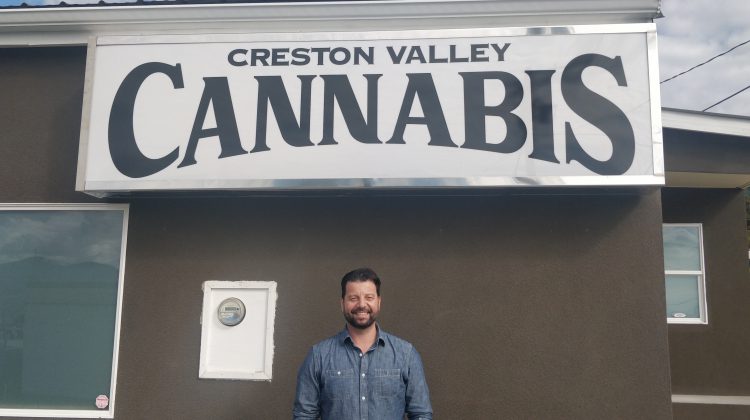 Two recreational cannabis storefronts are now in operation as of September 11, 2019

Creston Valley Cannabis owner Chris Karountzos applied for the license and look to Council for support as soon as the Town’s bylaws were changed last year.

“This is definitely our soft opening, the grand opening is yet to come.” Said Karountzos standing proudly next to his new business. The storefront also features tablets for people to browse different strains of cannabis and other products.

“The customer can come in, they can place their order on the tablet, go up to the counter and the clerk will have it ready for them.”

Located on 15th avenue, it’s only on block away from Creston’s first recreational cannabis store, Sticky Leaf. The Town does not have a cap set on the number of licenses, but locations must fall within certain limits away from public spaces like playgrounds and schools. Council decided that they would rather let the market “sort itself out.”

So far a total of four recreational cannabis business licenses have been green lit.

“It is what it is really. We’ll see how it all plays out.” Karountzos said, “The only thing I can worry about is what I do here. So I just want to create the best possible experience for my customers.”

The City of Nelson set its cap at five in within four separate districts. Downtown Nelson only allows two licenses, for which three businesses entered a lottery earlier this year.