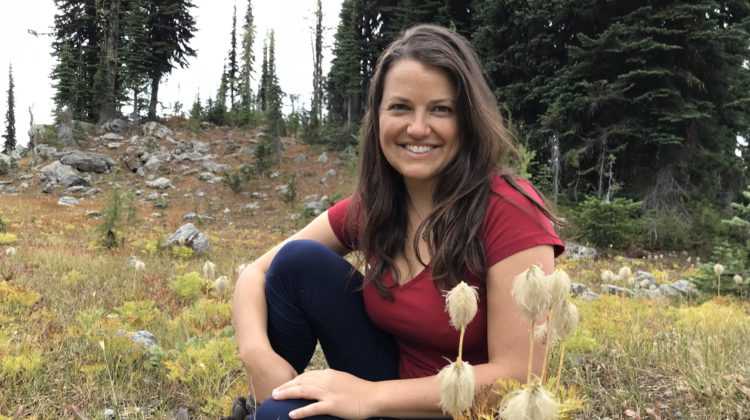 Mary Jayne Blackmore, author of Balancing Bountiful: What I’ve Learned About Feminism From My Polygamist Grandmothers (Supplied by Caitlin Press)

Mary Jayne Blackmore’s newly released book begins in a world within a world.

Written in the first person, Balancing Bountiful: What I’ve Learned About Feminism From My Polygamist Grandmothers, offers readers chapters in her own life that tell a story in an otherwise controversial landscape.

“I feel this book is very honest to my intimate, personal journey,” Blackmore told MyCrestonNow.com. “It’s not trying to be the story of my community and certainly doesn’t negate anodyne else’s story.”

Not the first book to cover life in Bountiful, Keep Sweet: Children of Polygamy, co-authored by Debbie Palmer and Dave Perrin, focusses on the darker aspects of life within a fundamentalist and polygamist Mormon community.

Blackmore said Palmer is present in her book and that her stories sometimes co-mingle, albeit through Blackmore’s point of view. 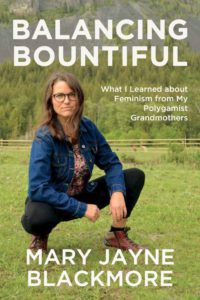 On how dark Balancing Bountiful gets?

“The journey that I followed to my womanhood had some challenging pieces in it,” said Blackmore. “I feel like I’ve spoken of those things from my heart.”

Leaving Bountiful would also pose a challenge as college students, peers and media would press her on her upbringing and details regarding her father, Winston Blackmore.

“I felt very defensive and protective,” said Blackmore. “Then interestingly, through this journey of being a public person, realizing that there is so much stigma still surrounding people from Bountiful. Surrounding what it means to come from a polygamist family and [I was] actually really confused that this has persisted so menacingly. The story, the narrative has never changed even though my community has changed dramatically.”

Blackmore added that travelling around the world, including New Zealand and India, as well as experiencing Burning Man helped expand her own frame of thought.

“Seeing these communities and cultures that are so different than our own in western society and our insistence on judging people who are different from us, I’ve challenged myself to notice my own biases. Really work at finding what they are, articulating them to myself and then growing through that. I think readers will find that they will actually  be confronted with their own biases as well.”

The book is divided  into three sections:

Balancing Bountiful: What I’ve Learned About Feminism From My Polygamist Grandmothers may be purchased directly from her website at www.maryjayneblackmore.com. However, Blackmore insisted that, if you can, support local bookstores including Creston’s very own Black Bear Books.

For the full in-depth interview between Jensen Shields and Mary Jayne Blackmore, click on the player below.