BC NDP promise to protect health and livelihoods in Throne Speech 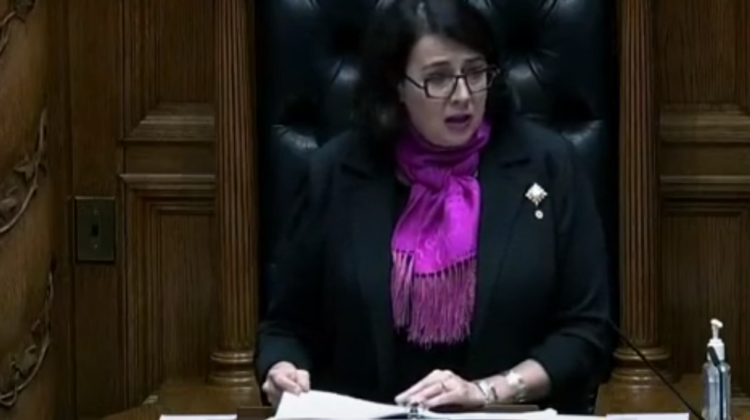 In the speech from the throne on Monday, the BC NDP focused on actions the government is taking to protect British Columbians’ health and livelihoods amid the COVID-19 pandemic.

The B.C. Government said the speech comes at a time when hope is on the horizon with the promise of vaccines to make their way across Canada, but the second wave of the virus poses urgent challenges in the short term.

“When the pandemic hit our province last spring, we promised British Columbians we would be there for them, for as long as it takes to recover,” said Premier John Horgan. “That promise stands. We will continue to listen to public health officials, help those on the front lines, and support families and businesses.”

Lieutenant Governor Janet Austin opened the first session of the 42nd B.C. Parliament with the speech. Austin went into detail about how the NDP plans to make healthcare more accessible.

“Your government will take action on faster care by adding more MRI machines in high-demand areas to reduce wait times, training, recruiting and certifying more skilled healthcare professionals, and bringing in new approaches to build upon our surgical renewal plan and an increase in diagnostic procedures,” said Austin. “Your government will develop more personalized healthcare by expanding primary care networks and refocusing on rural health care.”

According to the province,  steps it has taken to address the threat of COVID-19 have saved lives. Over the next few months, the government said it will build on the measures already in place, with some initiatives to be extended or expanded, and new ones launched.

When COVID-19 vaccines become available, the province said it will work to distribute them to British Columbians as quickly as possible, starting with those who are most at risk.

The B.C. Government said it will implement any public health protections and supports necessary to address outbreaks to help protect residents.

“Those supports include a new Recovery Benefit, which will be rolled out by the end of the year. Families with a combined household income of less than $125,000 per year will be eligible to receive $1,000; families earning above that, up to $170,000, will receive payments on a sliding scale. Individuals earning less than $62,000 a year will be eligible for $500, with those earning up to $87,000 eligible for a payment on a sliding scale,” said the B.C. Government.

According to the province, the BC Recovery Benefit will help families through a difficult financial time while also benefiting the local economy.

The B.C. Government also committed to assisting small- and medium-sized businesses through the impacts of the COVID-19 pandemic. It promised new tax measures meant to reward businesses for hiring, and by making it easier for them to invest in equipment and machinery, allowing businesses to grow and become more productive.

“Focusing now on beating the virus will allow British Columbia to move as quickly as possible to address the economic recovery and its broader priorities: investing in people, strengthening communities, and supporting jobs and growth in a clean-energy future,” said the B.C. Government.

More detail on the government’s plans will be set out in a new speech from the throne in the spring.

“We will continue to do everything we can to keep people safe and healthy through this pandemic, as we’re focused on recovering from this crisis in a way that supports everyone in B.C.,” said Premier Horgan.