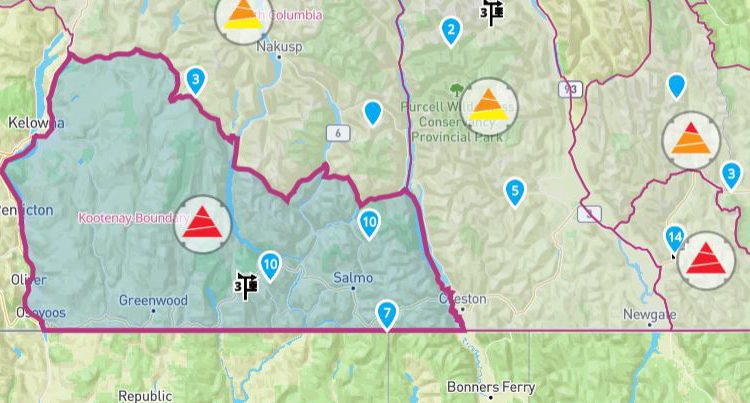 Widespread avalanche activity is expected in the  Kootenay-Boundary region, which encompasses the Selkirk mountains.

Avalanche Canada updated the danger rating for January 13th, to “High” from the alpine all the way down to below the treeline.

In addition, AvCan reported that slopes in all directions are destabilized due to the new heavy snow. While natural avalanches are likely, their expected size is also large.

Two specifically weak layers buried in close proximity to one another. They are 70 to 100 cm deep around Nelson and 50 to 80 cm deep around Rossland and other western parts of the region.

To view the full report, visit the Avalanche Canada website.